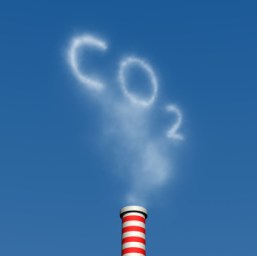 President Barack Obama may be fresh off his Nobel Peace Prize win, but that won’t get him any closer to passing the climate legislation he hoped to push through — along with the health care reform package — by the end of the 2009. Congressional aides are now saying that Senate votes on the Waxman-Markey and Kerry-Boxer (PDF) climate bills (both of which could establish some form of carbon trading system) are being delayed and probably won’t take place until next year.

The fact that there are two competing climate bills, both sponsored by teams of Democrats, is confusing in itself, and could work against their success. Just for the record, here’s a roundup of their similarities and differences:

The Waxman-Markey bill was approved by the House of Representatives at the end of June. But almost immediately after, analysts started saying it had little to no chance in the Senate where Democrats from industrial states had already been vocal about voting down the bill. Since then, it has steadily lost momentum, with more and more Democrats shying away from its cap-and-trade proposals and Obama focusing his energies on health care reform. Senators John Kerry (D-Mass.) and Barbara Boxer (D-Calif.) presented their new bill to the Senate at the end of last month, hoping to drum up more attention.

Now it looks like neither bill will make it past their respective Senate committees before November — likely pushing general votes to the start of next year. If Obama doesn’t get a win on health care by the end of 2009, he will be zero for two on his two big campaign promises. On top of that, the U.S. will have to go into the United Nations Climate Change Conference in Copenhagen empty handed. With many countries, including China and Japan, rushing to achieve milestones they can show off, it would be embarrassing for the U.S. to show up to the first climate protocol talks since Kyoto with no new domestic laws in place.

Initially, Boxer said her co-authored bill would start working its way through the Senate by the end of this month, but fears that emissions restrictions would be costly for businesses and further disadvantage the U.S. economy have killed the buzz. Right now, staff members for the Environment and Public Works Committee in the Senate are working on proposals for the distribution of pollution credits — perhaps the most heated aspect of the legislation. The controversy this sparks when it rolls out next week could hold the bill up for months.

There is a chance that Kerry-Boxer could come to a vote before the end of the year, but Senate Majority Leader Harry Reid (D-Nev.) was one of the first to say chances are slim, hanging mostly on how and when the health care reform debates shake out.