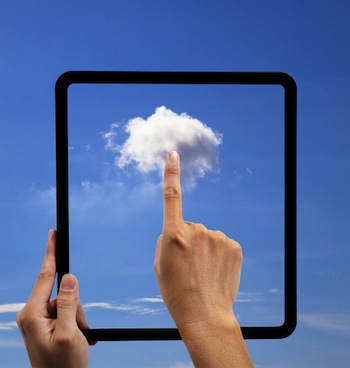 2011 has been an exciting year for the cloud. Companies are starting to accept the idea of using internet-based services instead of servers they control themselves. That in turn has driven a push to make the technologies more mature — and the tech companies making those technologies are growing up too.

2012 will be a banner year for cloud technologies, from real business models that don’t just push free products to developing the way companies use the cloud to enable better and smarter ways to work.

It’s with that backdrop that I envision the following five trends coming to prominence over the next year.

1. Hybrid is the new black – and we’re not talking cars.

The amorphous “cloud” has certainly laid its claim to many hearts and minds, but enterprises aren’t going to just jump ship overnight. Like the hybrid car strategy, which marries the known with the new, enterprises will adopt hybrid clouds that maintain the benefits of traditional servers with the accessibility of the public cloud.

Time has already shown us that big enterprises are not the most adaptable of environments. Although they are living organisms that mutate when necessary, they move cautiously and attempt to create the most sustainable ecosystems possible. To that end, it’s very rare to see them make swift and extreme changes. They’re more likely to move in steps and adapt new technologies to existing ones in order to create a path towards change.

Because of this organizational behavior pattern and general aversion to major risk, I believe that you’ll see enterprise-wide shifts to a hybrid cloud model. That will allow them to keep the stability, speed and security blanket of having some of their infrastructure behind the firewall, married to the benefits of the public cloud. This way they gain the benefits of a cloud environment, but retain control of their intellectual property giving them a competitive advantage and peace of mind.

2. Tablets meet the other “Jobs” — the ones we go to everyday.

2012 is going to be all about how those slick devices we already use to read the news and watch movies will shift to become real business tools. And it’s going to be executives who will drive their use in the workplace. When the person in charge sees how useful something can be, they’ll make sure it gets accepted.

Cloud technologies are key to making tablets into useful business tools. Because tablets lack the storage and processing power of full-blown computers, they depend on internet-based computing resources. Cloud services also enable employees and executives to use whatever devices they want: As long as it has a browser, it can work with the cloud.

The right people to do the job are often right here in the United States. Employers are going to realize they can on-shore jobs in Iowa or Idaho instead of looking to India or Ireland. Pay an engineer the local wage, leave them at home, give them access to the tools of a cloud commuter and it’s just like they’re working from the corporate office.

While the end user might not pay, there are enormous costs for businesses who have to support the patchwork of mediocre products designed only to solve one person’s problem, not solve an organizational problem. Not to mention the fact that it isn’t a sustainable business model — designed only to pump up the numbers and give the appearance of size. Didn’t we learn from the first dot com bubble?

5. Cloud commuting will get big.

We dropped the “p” from cloud computing because today’s office doesn’t have to be four walls and a water cooler. In fact, the cloud lets you sit in meetings, take calls and read endless email strings you’ve been copied on just like you’re in your cube. Between cheaper mobile devices, better productivity apps, easy internet access and acceptance of the cloud as a part of the corporate infrastructure, employers and employees can save corporations time, money and resources, with the added bonus of helping save the world by staying off the roads.

2012 looks to be a promising year filled with innovations that go beyond early adopter phase, and move into acceptance and executions phases. 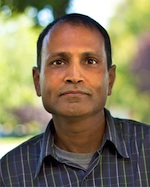 Vineet Jain is the CEO and co-founder of Egnyte. Prior to Egnyte, Vineet founded and successfully built Valdero, a supply chain software solution provider, funded by KPCB, MDV and Trinity Ventures. He has held a rich variety of senior operational positions at companies like KPMG, Bechtel etc. in the past. He has 20 years of experience in building capital efficient and nimble organizations.