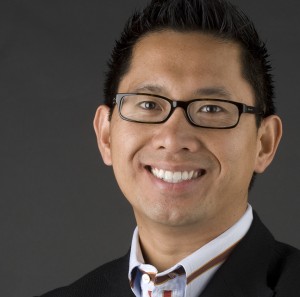 It looks like mobile photo- and video-sharing startup Color has lost one of its seven co-founders: Peter Pham, the company’s president.

Along with its massive, $41 million round of funding, the Palo Alto, Calif. company’s long lineup of founders was one of the reasons that Color’s launch was greeted with a fair amount of skepticism — which only intensified when people tried the app and found it confusing. Color has since launched a redesign to make the app easier to use, though that hasn’t necessarily answered the question of whether people really want to share photos with random others in the same location.

So is Pham’s departure a big deal? Well, it’s certainly not a great sign for a company when a co-founder leaves less than three months after its launch. Pham (who was formerly CEO of BillShrink), along with CEO Bill Nguyen (who founded music service Lala) and chief product officer DJ Patil (formerly chief scientist at LinkedIn), was one of the big names at Color. In fact, he was the one who first demonstrated Color for me, and whose enthusiasm for the project led me to write relatively positively about the app.

Pham’s departure was first reported in TechCrunch. I emailed him but didn’t get a response — perhaps because I contacted him at his Color email address, and Nguyen and Pham told AllThingsD that he actually left the company a month ago. Neither Pham nor Color is offering an explanation for the departure.