It seems everything is being funneled into virtual reality, and music festivals are no exception. The Coachella music festival has announced that it will ship a cardboard virtual reality viewer and a VR app for mobile devices to those who purchase tickets for the 2016 show.

The viewer will let you watch live acts from a new vantage point and is aimed at creating an unforgettable, immersive experience. If VR is truly going to grow into a $30 billion industry by 2020 (as estimated by tech advisor Digi-Capital), it will have to spread well beyond the game industry into other sectors of the economy. Expanding to music and other forms of entertainment just makes sense.

The Coachella Welcome Box will include an entry wristband, a welcome guide, and a free Coachella VR viewer with instructions for downloading the app via iOS, Android, and Samsung Gear VR app stores.

With the app, you can see 360-degree panoramic photos from previous festivals, virtual tours of the 2016 festival site and campgrounds, interviews, and performances by 2016 Coachella artists (including Matt & Kim, Gallant, and Chef Fretz, with more to be announced). More VR content will be released leading up to the festival. 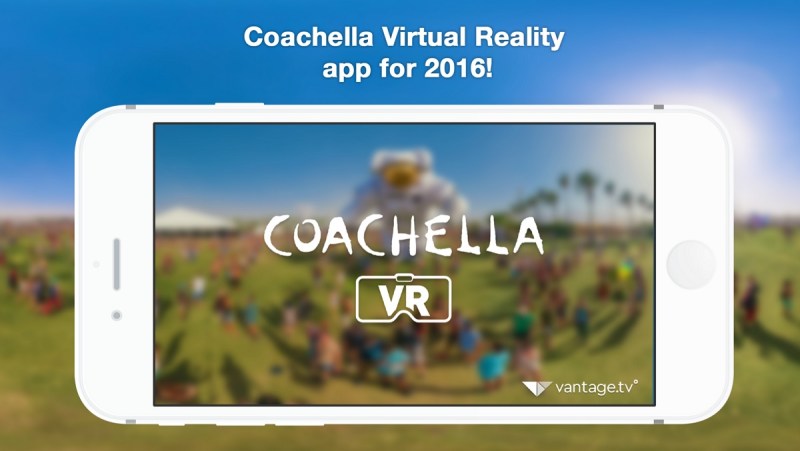 Above: The Coachella music festival will be broadcast in VR.