Code for America’s accelerator program is announcing its third class of startups aimed at improving government.

Code for America’s accelerator is part of a larger nonprofit movement to accelerate the civic tech marketplace, which is estimated to be $142 billion. The program will help train startups over four months from July through October. The group’s supporters include Google for Entrepreneurs, the Passport Foundation, and the Ron Conway Family Foundation. Code for America was created by Jennifer Pahlka in 2009 in the name of fostering civic innovation.

The startups will receive $25,000 as well as training and mentorship. And they will get access to Code for America’s extensive government network to navigate the government technology ecosystem. In September, the companies will present themselves at the Code for America Summit. That event draws 800 civic tech leaders from more than 80 cities.

“The companies selected in this year’s accelerator represent some of today’s most promising civic startups upending the civic tech landscape,” said Rood. “All are creating new technology solutions that are already helping governments efficiently solve community and government needs.”

Rood said the companies were selected on the basis of whether they were going to be effective businesses. They were also chosen based on whether they were aligned with Code for America’s values of bringing 21st century technology to government. And the final criteria was whether the company was at a stage where the accelerator could help them. 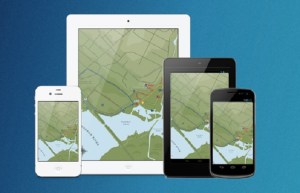 MuniRent (Ann Arbor, Mich.): Founded by Alan Mond and Julien Vanier, MuniRent is a platform that simplifies the process for local governments to rent heavy-duty equipment to other local governments, with a vision of bringing the sharing economy to all levels of government. Through MuniRent, local governments can seamlessly rent equipment from other municipalities, road commissions, school districts, and counties at much lower rates than commercial rental companies charge.

ProductBio (San Diego, Calif.): Founded by Angela Chen and Andrew Huynh, ProductBio’s patent-pending data platform is making it easy for buyers to evaluate products for sustainability requirements and report on their consumption footprints. Aggregating information from trusted sources of supply chain sustainability data, ProductBio can automatically figure out what matters by product category, how things were made by suppliers, and how an organization’s purchases measure up. Cities and schools are currently using this product metadata, evaluation, and reporting to save time and money when complying with government administrative regulations.

SeamlessDocs (New York City, N.Y.): Founded by Jonathon Ende and Chachi Camejo, SeamlessDocs is a modern replacement for the PDF. It can convert any existing PDF through a proprietary technology into a dynamic, cloud document that can be completed and eSigned from any device. Every document SeamlessDoc processes saves an average of four hours in paperwork management. With customers including Box, HP, and Aol, SeamlessDocs works with governments, Fortune 100 companies, small local business, and individuals to make the world a more paperless place.

Trailhead Labs (Oakland, Calif.): Founded by Ryan Branciforte and Jereme Monteau, Trailhead Labs is an outdoor recreation and public transit mapping application startup that collaborates with outdoor groups to build technologies that connect and engage people with the outdoors. Since its inception in 2013, Branciforte and Monteau have been working with Code for America to build open standards for outdoor data (e.g. data for trails, amenities, parks) along with other groups in the Bay Area and Portland, Oregon. The pair also founded Transit & Trails, which connects people to parks and open spaces, in partnership with Bay Area Open Space Council, a coalition of most of the park agencies in the San Francisco Bay Area.

Last year’s group had more than 200 hours of mentorship. Here are some past Code for America accelerator companies and their funding details: