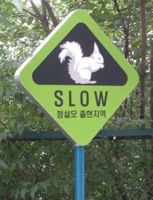 It looks like Internet service provider Comcast is moving forward with plans to reduce connection speeds for its heaviest users. Senior vice president Mitch Bowling told Bloomberg yesterday that certain Comcast customers will see their Internet speeds slow for periods of 10 to 20 minutes.

These plans are a response to the ongoing legal and PR debacle surrounding the revelation that Comcast “throttles” the service of customers using filesharing protocol BitTorrent. Earlier this month, the Federal Communications Commission issued a cease-and-desist order against Comcast, and now the FCC is ordering the company to disclose the details of its practice and how it plans to change. The idea behind targeting all of the heaviest users is to achieve a similar goal (preventing a few people from hogging all the bandwidth) without running into the legal trouble of going after a specific service or protocol.

The plans aren’t exactly new — in March, Comcast announced it would stop targeting BitTorrent specifically. But the announcement was vague and tentative, and writer Chris Morrison wondered if peer-to-peer filesharing (which a number of video and music startups rely on) was still at risk. Now, at least, Comcast has completed its promised tests and released a few details about its plans.

Bowling said that if Comcast slows your traffic, you’ll still experience something similar to “a really good DSL experience.” It’s not clear exactly when the practice will start.