Our dependence on the web and mobile devices has created massive opportunities for digital advertising. Brands have the power to reach billions of consumers across the globe, with targeted messages across multiple screens.

Unfortunately, this abundance of advertising real estate has also opened up opportunities for the bad guys to exploit it and make money. It’s estimated that ad fraud could cost marketers as much as $11B in 2014, a 22 percent increase over 2013.

This is clearly a huge problem that’s getting worse. 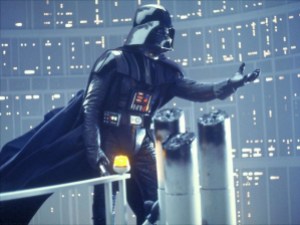 Simply put, here’s how it works: Hackers have created multiple ways to commit fraud. First, they’ve built sophisticated bots that generate false traffic. Through malware, hackers create bogus websites that manipulate automated systems to reroute the payment into their pocket. In turn, companies who bought the ad space are defrauded.

Second, hackers have engineered ways to take advantage of online users who may or may not be aware they are helping commit fraud. They’re involving innocent individuals who are simply browsing online.

We’re studying B2B mobile marketing campaigns.
Answer a few questions, and we’ll share the data from everyone with you.

The size and magnitude of the ad fraud problem is immense and growing, but the industry is making some effort to deal with this problem.

The IAB’s Traffic of Good Intent Task Force (TOGI) recently issued its Traffic Fraud: Best Practices of Reducing Risk to Exposure. This is a good start; however, more needs to be done to root out and eradicate fraud from the online ad ecosystem. Solving this problem will fall to the smart minds who are actively working on solutions to stay one step ahead of the bad guys.