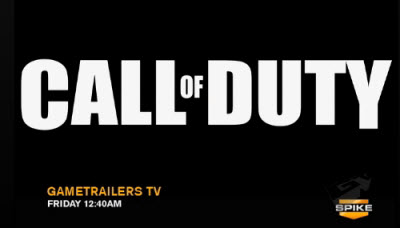 Update: We had the title wrong. The game is called Call of Duty Black Ops.

Activision Blizzard is poised to announce the next game in the Call of Duty series, which has generated $3 billion in revenue over the last seven years.

The new game, Call of Duty Black Ops Vietnam, is being produced by Activision Publishing’s Treyarch studio and is expected to be unveiled Friday night on Game Trailers TV with Geoff Keighley. No details have been shared yet, other than a teaser for “next big Call of Duty” game.

The announcement will include a trailer of scenes from the upcoming game. To date, the Call of Duty franchise has been split into two different story arcs and settings. One is focused on World War II and the other has branched into modern combat with Modern Warfare. The last game, Call of Duty Modern Warfare 2, debuted in September and generated more than $1.1 billion in sales and 15 million units sold as of Jan. 13.

But Activision Blizzard fired the co-founders of Infinity Ward, which made Modern Warfare, and has been locked in litigation as a result. This new announcement is designed to show that the litigation hasn’t frozen the franchise. Treyarch is working on its game, and Slegehammer Games, a new studio, is also working on Call of Duty games.

“Tomorrow you will see a teaser for this year’s Call of Duty game,” said Thomas Tippl, chief operating officer of Activision Publishing, in an interview this morning. “Treyarch is working on it and taking the Call of Duty franchise to the next level.”

So far, it’s not clear when the new Vietnam game will debut. But the setting isn’t a surprise. Other combat shooting games such as Battlefield Vietnam and Men of Valor have been set during the Vietnam war. But Vietnam as a setting has not yet produced any blockbuster shooter games. Still, publishers have to move the settings around to keep gamers from getting bored.