For Joe Kucan, celebrity has returned 25 years after he played an iconic role as the villain Kane in the video game Command & Conquer. A new generation will now see Kucan in the nostalgic 25th anniversary release of the Command & Conquer Remastered Collection, which debuts this week.

Kucan’s bald head, thick goatee, and menacing voice made him the video game bad guy. So much so that actor Robin Williams once asked him for an autograph, as reported in my interview with Kucan for the Wall Street Journal more than 20 years ago.

I was delighted to catch up with Kucan again last week, as he still has his wry humor and continues to operate a community theater in Las Vegas. “You helped push this all forward, you know,” he said.

Back in the day, GameSpot deemed Kane one of the top 10 game villains of all time, as he played the megalomaniac who tried to take over the Earth as the leader of a terrorist group called the Brotherhood of Nod.

Kucan grew up in Las Vegas as the son of two teachers who loved literature and theater. He dropped out of college to act. Westwood Studios, a game development studio that Louis Castle and Brett Sperry founded, tapped him to join as a dramatic director in 1993. 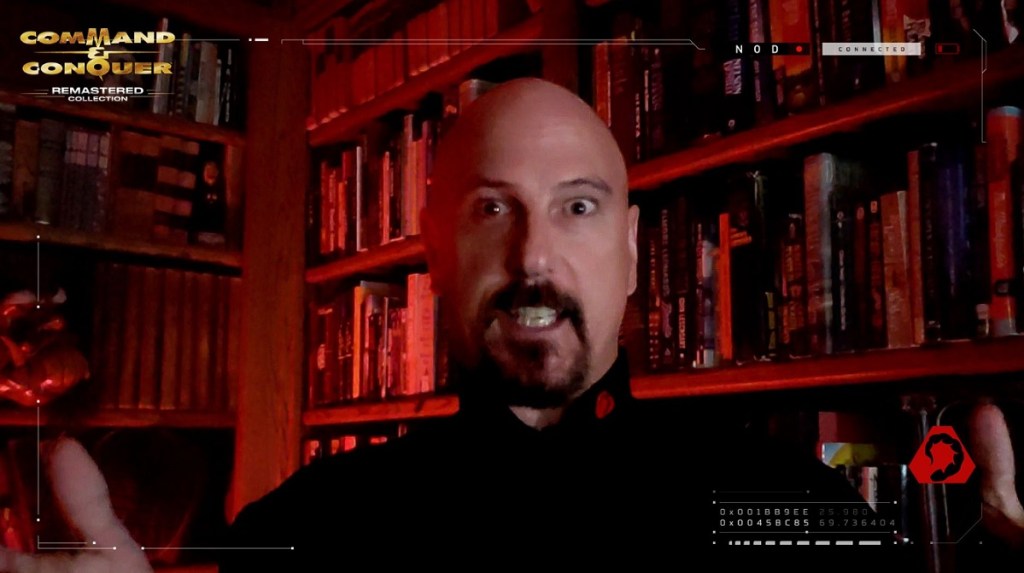 He shaved his head, and it became his signature look. Sperry urged him to shoot villain scenes as a promo for a game, and Kucan went along. The rest is video game history.

When EA announced that it was bringing back Command & Conquer, I asked if Kucan was going to be back. In the next interview about the game, EA pitched me an interview with the legendary Kane.

For the new game, Kucan filmed a short video reaching out to fans. But sadly, Kucan said in our interview that all of the original high-resolution footage was lost in the transition when Electronic Arts bought Westwood Studios in 1998 and then shut down it down 2003.

In the remaster, EA is reusing footage, and it has done its best to clean it up. It’s a remaster of the real-time strategy games that pitted the Brotherhood of Nod against the Global Defense Initiative.

“My contribution was really digging around under the bed and one of my guest bedrooms and pulling out some old beta max tapes and CDs that had some B-roll footage,” Kucan said. “I provided them with that. And other than that I left them alone. Dean, my contribution was to not get in the way. And I can I guarantee you that was the best possible contribution.”

Kucan told me he starred in 97 games based on C&C, and then I realized he was using that dry humor on me, adding that he had no idea how many games and expansion packs came out over the past 25 years. 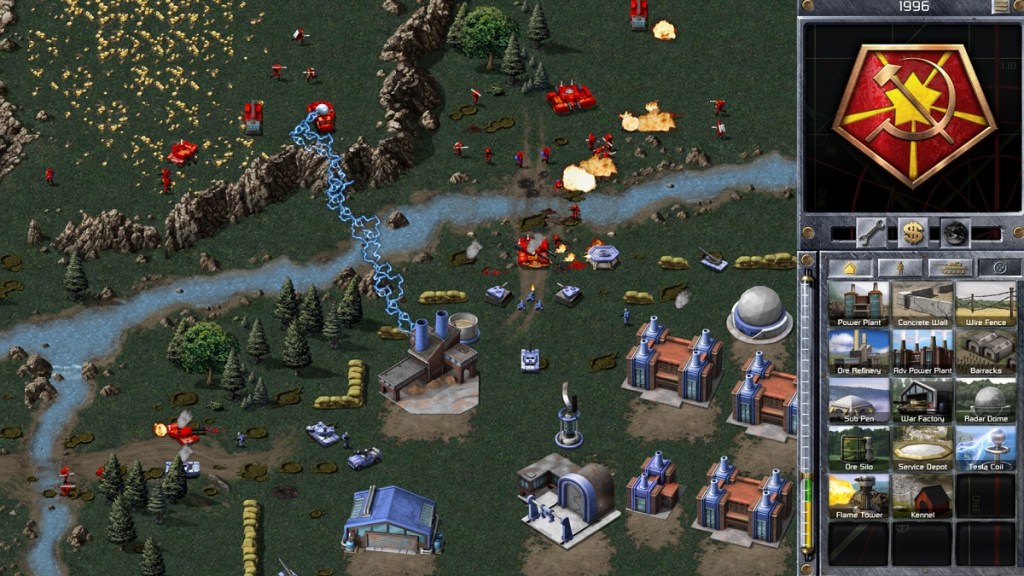 Above: Command & Conquer: Red Alert debuted in 1996, and it didn’t have Kane.

“I always think of Kane as being around us, like the Force,” Kucan said. “He never left.”

Kucan asked if I would lobby EA management to shoot more scenes with Kane, as he needed the money.

But playing Kane wasn’t like a big Hollywood role back in the day. Each installment of C&C made money, but Kucan didn’t get royalties from the games, but he was always happy to be employed as an actor and dramatic director. In 2000, Sperry said Westwood couldn’t make a C&C without Kucan.

But after his work as Kane ended, Kucan returned to running A Public Fit Community Theater in Las Vegas. He had been doing that for about a decade when it “came to a grinding halt because of the coronavirus.”

“We’re going to have to redefine not just how we rehearse and produce but how we actually present plays,” he said. “What does an audience look like? How do we do social distancing? This has been my main occupation.”

Kucan’s time as the world’s most despised villain ended before the onset of social media like Twitter and Facebook. And that was probably a good thing, Kucan said, as it probably wouldn’t be fun to get a lot of hate messages on the internet from game fans.

“That’s why I try and keep it very low,” Kucan said. 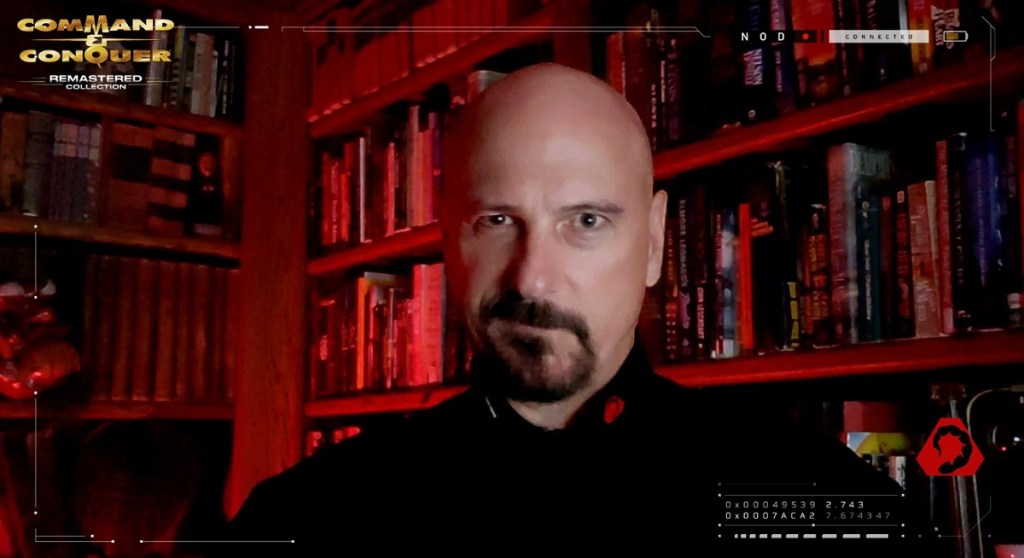 Above: Is Kane self-aware? Joe Kucan says so.

Once in a while, fans recognize him. Three years ago, he was at his brother’s wedding. A guest came up to him and recognized him from C&C. Then the DJ came over and asked him whether he was the director at The Public Fit Theater Company.

“I have to say [it’s] a little bit satisfying to be recognized for some of the theater work I was doing in Vegas,” he said.

The immediacy of the reactions that you get from theater is what made Kucan stick with it, even after he got a taste of the video game industry as Kane. Making games was such a long process, and you could never see the fans react as you played the game, Kucan said.

“In the theater, it’s immediate,” he said. “the curtain falls at the end and you know how the audience embraced you. Every show is different. It’s the oldest form of storytelling. And I find that satisfying and really valuable.”

As for what was memorable from his Kane days?

“I have a sneaking suspicion that I was the first director that put James Earl Jones on a green screen,” he said. “I feel that’s true. Because I distinctly remember bringing James in from his trailer to shoot [Command & Conquer] Tiberian Sun. He walked into the soundstage and saw this big green screen and a desk sort of sitting in the middle of it. And he goes, ‘What the hell is this?'”