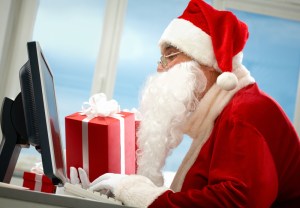 Thousands of people are taking to the streets to protest the sad state of the economy, but online, it appears that business is booming.

Online shoppers are spending more than ever, dropping $9.67 billion between Nov. 1 and Nov. 20, according to a new comScore report. That’s a 14 percent increase over the same period last year.

By the time the dust settles at the end of December, comScore, predicts that online shopping will be up 15 percent over last year.

The study tracks non-travel and consumer spending online at thousands of online commerce sites. Heavy discounting and offers of free shipping are some of the forces driving the trend.

ComScore is one of the world’s leading online research firms.

The company predicts that $37.6 billion will be spent online through the end of the holiday shopping period, from November through January, which is a 15 percent increase over 2010. In 2010 comScore reported a 13 percent increase in online shopping activity over 2009, so the trend appears to be continuing.