Nothing surprising here, folks. Social networks are getting more popular on every continent in the world, except for North America, where they were already popular, a new comScore survey shows. Worldwide, overall usage has grown 25 percent, from 464 million to 580 million.

Specifically, Facebook has rocketed up 153 percent to 132 million, a trend we’ve been covering for months; others, like hi5, have also done well, having grown 100 percent to 56 million. MySpace, however, seems to be leveling off around the world. 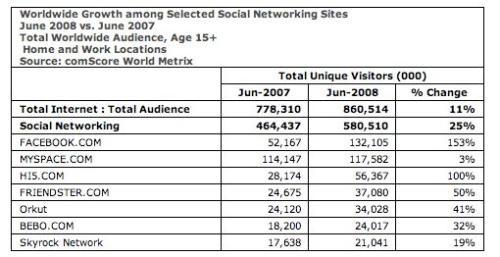 Of course the only way to get a true picture of this is to combine as many different data sources as possible. Facebook, for example, says it only has 90 million monthly active users, while comScore reports it has 132 million — so we can assume that the site has at least 90 million worldwide, if not more. ComScore drills down, though, to show regional differences

On that note, here’s some more data about social networks worldwide. Royal Pingdom, a blog that monitors web site uptime, has published a detailed report on social network popularity by region based on Google Insights for Search (search results about a site often correlate with how popular the site is in a given country or region). Here’s how it shows Facebook doing by country, using the searched-for metric: 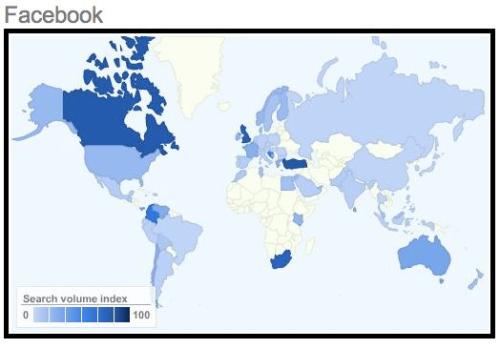 The Pingdom study reveals some other interesting information about social networks. Here’s hi5’s search popularity. Notice how the two social networks are popular in different Spanish-speaking countries in Latin America — this explains how both of them claim to be doing well in that region. 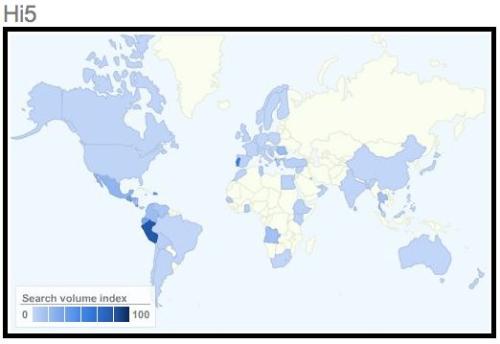 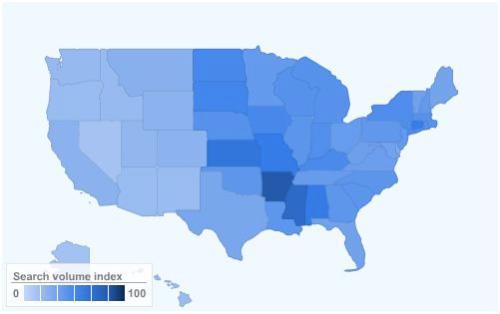