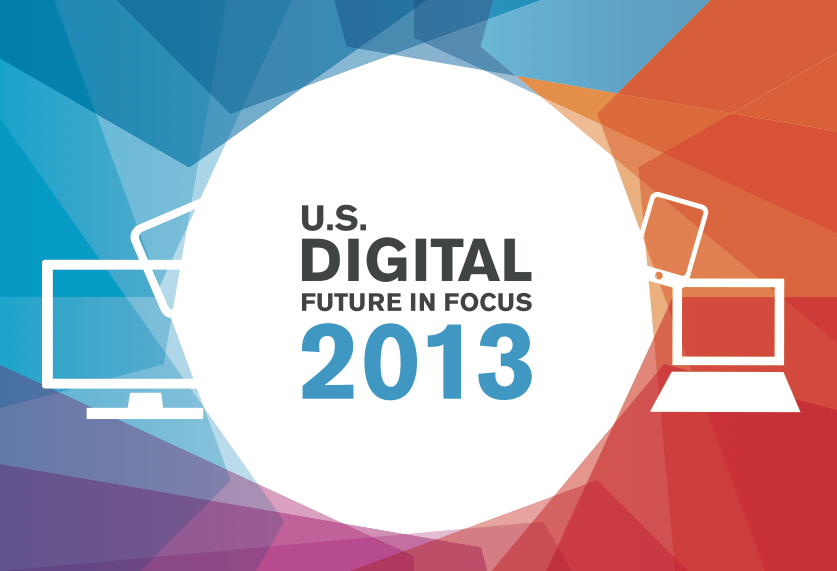 ComScore’s Digital Future report for 2013 just came out, and the analytics company has a lot to say about what happened in 2012 … and what might be coming up in 2013.

Online advertising, for one thing, was way up, with almost six trillion display ads published in 2012. That’s up 500 billion from 2011. Shockingly, AT&T accounted for a massive 1.04 billion of them, more than double the next largest online advertiser, Microsoft, which bought almost 50 billion impressions.

ComScore’s massive report also includes data on the top web properties, the battle for search dominance between Google and Bing, and smartphone market share, among other things.

Facebook, for instance, is the most popular app on phones in America, according to ComScore, showing up on 76 percent of phones. That’s impressive, but not as impressive as Google’s utter domination of the mobile charts. The search engine/social network/advertising giant has no less than five of the top six mobile apps in the U.S. Google’s apps such as Maps, Google Play, Google Search, Gmail, and YouTube take positions two through six.

In terms of top sites, Google retained leadership in terms of unique visitors, with over 191 million. That’s just six million more than Yahoo, which is still — perhaps surprisingly — strong in online services and information, and over 20 million more than Microsoft.

Here’s a visual selection of the report’s findings: