Funcom announced that it will publish the Conan Unconquered real-time strategy game from Petroglyph Studios on May 30 on the Windows PC.

I got a look at the game in a preview session during the Game Developers Conference last week. It’s a fast-paced game where you have to defeat wave after wave of enemies that are attacking your stronghold. The horde throws enemies such as giant spiders and diseased infantry at you.

But, of course, you have Conan, who stands out even though he is a tiny soldier amid dozens of units on the battlefield. Legendary heroes can be unlocked over time. The game features all sorts of enemies and friendlies from Conan’s world of Hyboria. 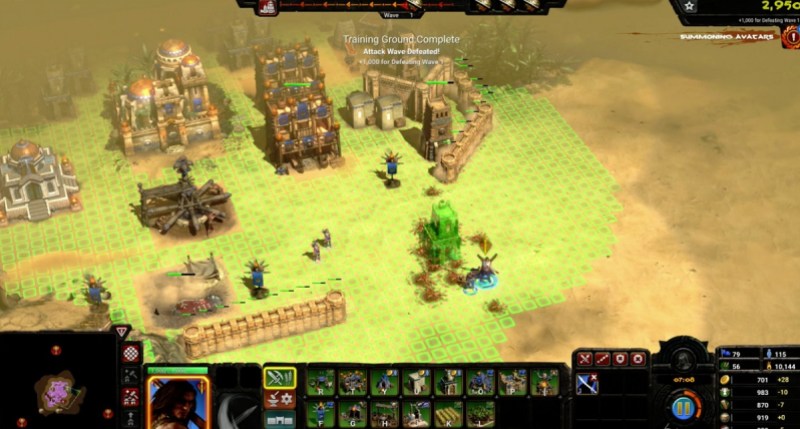 Above: You can build a stronger base in Conan Unconquered during lulls.

You can play the game solo or in a co-op multiplayer experience where two players can defend a single base. One player can be Conan, while the other is Valeria. Each player can build units and buildings in different parts of the base. The players share the same resources. You can also pause the game to deal with some things that just can’t be handled in real time.

“Conan Unconquered is not your typical RTS,” said Petroglyph CEO Chuck Kroegel in a statement. “We like to call it a survival RTS,where instead of building a base and then moving out to attack your opponent, you will instead have to build a base that is constantly being attacked by invading enemy forces that grow more ruthless and more difficult over time. We’re also very excited about our multiplayer co-op, allowing players to build a base together and amass an army as they work together to fight off the hordes. Working together in an RTS is incredibly rewarding and we want to bring that experience to the forefront.” 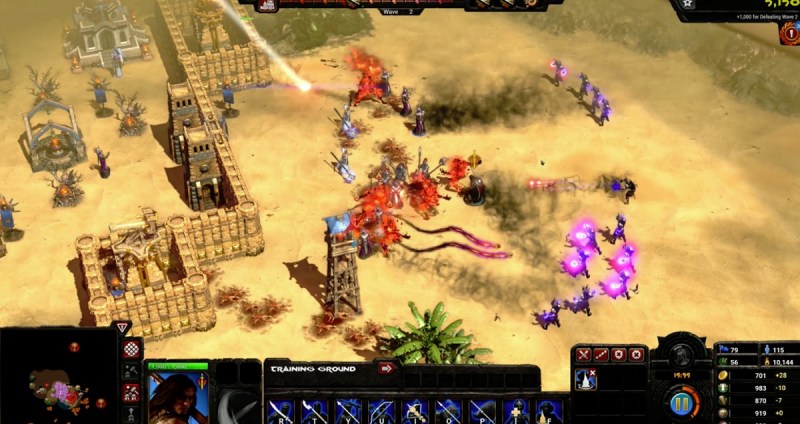 Above: All sorts of creatures attack your base in Conan Unconquered.

To defend the base, you have to build up your stronghold, create strong walls, and add other defensive measures. The enemy lobs fire bombs at your buildings while attacking you from multiple sides. Your soldiers include heavy cavalry, sorcerers, and sword infantry.

The enemies include big spiders, giant snakes, scorpions, spearmen, necromancers, and flying demons. Fire demons also just run into your buildings and set them on fire. If you leave a bunch of bodies piled up outside your walls, you can develop disease or undead creatures. 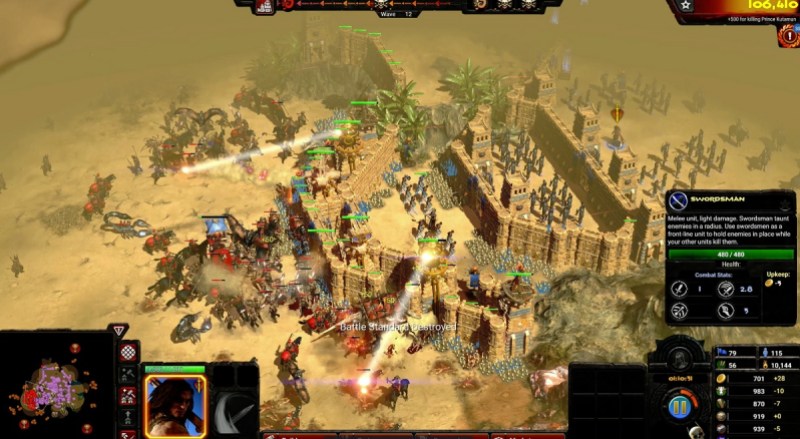 Above: This looks like a well-defended base in Conan Unconquered.

The maps are randomly generated so you won’t play the same maps over and over. You have to manage resources such as food, gold, wood, and iron to fuel your base and army. You can build temples, walls hovels, barracks, and traps such as cauldrons that drop boiling oil on attackers.

If you build temples, you can call upon the gods to protect you. A massive avatar of the god can come down from above a crush your enemies underfoot. It’s no fun if you Conan character dies, of course. But after a minute or so, the character regenerates.

I found it to be both challenging and fun, but I didn’t get to spend much time with it. I imagine it gets most fun in the heat of battle when the vast hordes are trying to overwhelm your beleaguered forces.

The standard edition sells for $30, while the Deluxe Edition with downloadable content will sell for $40.