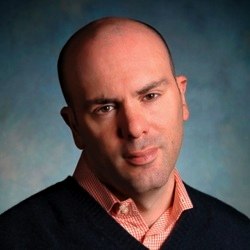 Negotiations must have taken awhile, but music industry veteran Courtney Holt is now officially the new chief executive of MySpace Music. Word leaked out about Holt’s interest in the job earlier month. MySpace Music, meanwhile, went ahead and launched at the end of September after passing over several other candidates.

Still, the joint venture between social network MySpace and major record labels could use a guy like Holt at the helm. He’s been working in new media promotion at record labels since the 1990s, and more recently has been helping to run MTV at Viacom.

MySpace Music, a part of the MySpace site that lets users do things like create their own streaming playlists of songs, is another way for the company to make money. Offering users the ability to listen to music is a great way to keep them on the site for a longer time — giving the MySpace Music partners more opportunities to serve ads and sell concert tickets and digital song tracks.

From the MySpace press release:

Holt previously served as Executive Vice President of Digital Music for the MTV Networks Music and Logo Group where he oversaw several initiatives for the company’s digital music group, including working with the MTV, VH1 and CMT brands. In this role, Holt was responsible for identifying ways to further engage audiences across a spectrum of touch points, expanding the reach of the music brands online and content syndication. He also worked closely with Integrated Marketing and Ad Sales teams to drive new business partnerships and advertising models.