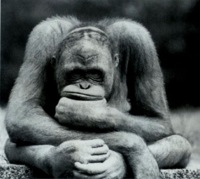 I’m a huge list nerd, so I had check out Time Magazine’s list of the best and most overrated blogs of 2009. I was desperately hoping Time could clue me in to the State of the Blogosphere, and boy, did it ever.

For example, I learned that TechCrunch is one of the “most overrated” blogs around, while Mashable and the Official Google Blog are among the best. I have to confess, I couldn’t follow Time’s logic at first. Is technology in … or out? Does TechCrunch founder Michael Arrington belong on Time’s list of 100 most influential people … or off? Luckily, Time included some handy explanations! Here’s why TechCrunch is overrated:

But take a look at the Valley these days: Nothing’s moving. Nothing’s shaking. Born of a boom that’s long since gone bust, TechCrunch now seems irrelevant.

Good point! And I suppose Mashable must have moved on from all this silly Bubble-y Web 2.0 stuff, right? Here’s what Time says:

The key insight of Web 2.0 is that information isn’t powerful by itself; what’s powerful are the connections and conversations that turn information into useable knowledge. … Founded in July 2005, Mashable is the largest and most popular blog focused on social networking.

And here’s why Google’s corporate blog belongs on the list:

The company in question runs the (free) search engine that’s on almost everybody’s computer, and the blog is full of helpful tips on getting the most out of it.

Thanks for the enlightenment, Time Magazine! I especially appreciated having one of the big, traditional magazines (one that announced hundreds of layoffs last year) telling me the economy makes TechCrunch and Gawker “irrelevant” and “pointless,” respectively. That totally reminded me of my favorite Alanis Morissette song.