Clearly just about every major company exhibiting at the mobile industry’s largest trade show got the memo about connected cars being the future. While a visitor had to go hunting to find displays of new smartphones, connected and autonomous vehicles were everywhere this year.

Automotive manufacturers had previously participated at Mobile World Congress in Barcelona. But many, such as Ford, significantly expanded their presence or, like the Renault-Nissan Alliance, made their first official appearance. By the same measure, chip makers and telecom carriers were eager to highlight their roles in enabling the connected and autonomous cars.

“Automotive is a great opportunity for us,” said Laurence Bryant, vice president of the personal mobile compute business line at ARM Holdings. Indeed, ARM CEO Simon Segars had previously predicted that automotive demand for chips will increase by 50 percent over the next three years.

Renault-Nissan announced a partnership with Transdev, a French public transportation develop, to begin developing mobility services with fleets of autonomous, electric driverless vehicles for both public and on-demand transportation services.

“We have all the building blocks to produce the vehicles for this market of the future,” said Ogi Redzic, senior vice president of connected vehicles and mobility services for Renault-Nissan.

Over at Intel’s booth, the company was showing off a BMW 740i that was equipped with Intel GO, an open platform the company wants OEMs and suppliers to use to develop their own autonomous and connected vehicle solutions. The system sits in the trunk and can plug into a vehicle’s computer system, providing both 5G connectivity and the ability to take all the data off the car and funnel it up to the cloud.

BMW had its own announcements at the show. It staged a demonstration of a BMW i3 that could parking itself using gesture control. A driver standing outside the car could guide the vehicle into a parking spot by waving a hand. The company also showed off its BMW Connected platform for in-car features including trip planning and other personalization features. The system runs off Microsoft Azure.

SK Telecom, South Korea’s largest telecom company, was also displaying a BMW connected car it recently developed to operate on a 5G network. The car can run autonomously, and the company that said during a recent test, it was able to establish a link to control it over a 20 Gbps network. 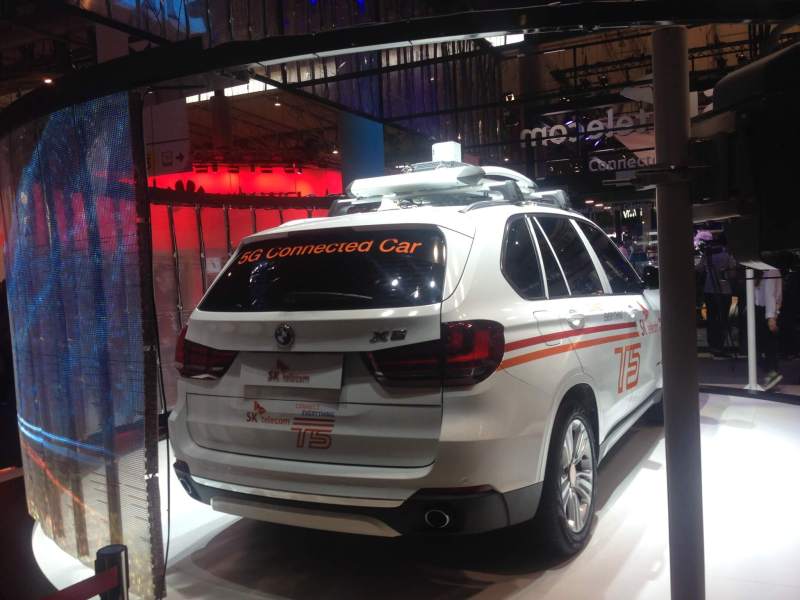 Above: The SK Telecom T5

Perhaps one of the biggest connected car announcements at the show came from Peugeot, which unveiled its Instinct concept car at MWC. The car’s system is the result of a partnership with Samsung that uses the latter’s Artik Cloud IoT connectivity platform. Samsung built Artik to pull together all your personal info from your gadgets and social network to build a profile for you that personalizes the car experience. 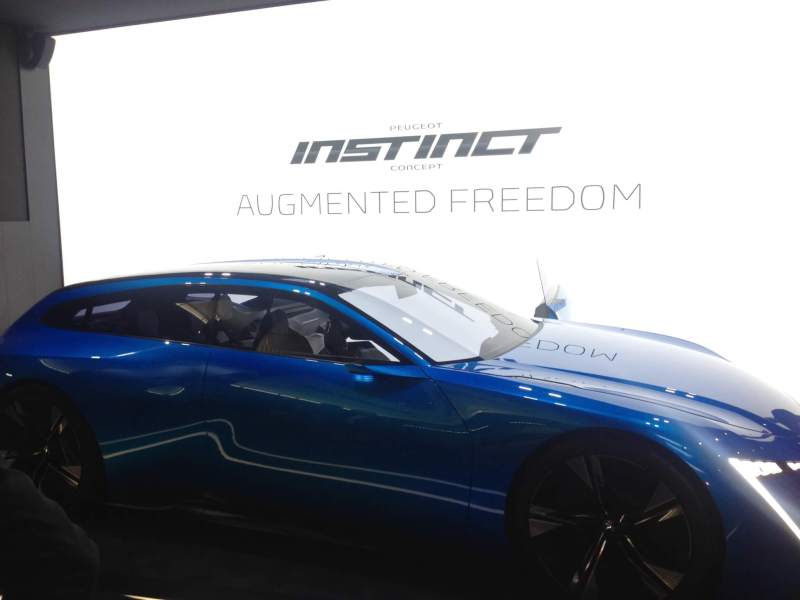 Mercedes-Benz’s exhibition space offered virtual reality demonstrations of its CASE strategy (Connected, Autonomous, Shared & Service, and Electric Drive). These include a new car-sharing service the company announced, as well as its COMAND Online, which offers data about traffic to help drivers choose the best route.

Ford announced a partnership with Vodafone to put 4G modems in its European vehicles. Those modems will create a Wi-Fi hotspot in the car that can connect up to 10 gadgets. But Ford turned more heads with its new concept called Autolivery, which would be a system using self-driving, electric cars equipped with drones to deliver stuff around cities.