Not all roads to Silicon Valley were created equal. Those born in close proximity to the southern San Francisco Bay Area region can build local contacts organically just from being there. Meanwhile, budding entrepreneurs elsewhere in the world may expend considerable resources just trying to get a foot in the door.

This is one problem that Chris Burry, co-CEO of US Market Access Center (US MAC), has been targeting with a series of programs designed to match the needs of Silicon Valley’s bigwigs with top technology talent from Europe and beyond. US MAC has run the so-called TechMatch program several times in San Francisco already, bringing together startups and entrepreneurs from around the world to meet and pitch in front of key people from the tech realm. These include investors from 500 Startups, Band of Angels, DFJ, Garage, and Venrock and representatives from the likes of Adobe, Fujitsu, Honda, HP, Oracle, PayPal, Salesforce, Samsung, and Sony.

The ultimate goal of the corporate startup matching program is to help big companies find innovation that would otherwise pass below their radars and, of course, to give startups access to the major players in the U.S. The startups generally pay to be there, or at least are sponsored by their home government to go. It’s worth it because even those who don’t receive direct investment or business receive coaching in how to pitch and whether their product is actually appropriate for the U.S. market.

“What we were seeing was that startups around the world struggled to get meaningful connectivity,” explained Burry, in an interview with VentureBeat. “Even the best of the best struggle, because when they get off the plane at Silicon Valley, there are 20,000 other startups. How do you get through the noise, unless you know someone?”

Though US MAC has programs other than matchmaking, such as early entrepreneur education, coaching, and advising, it ultimately serves as a bridge between two disparate worlds. It has the connections if you have the talent, and a little bit of money. “We saw the value startups got out of having these connections, so we got the corporations — who were really embracing the concept of open innovation to look outside their company for innovation,” added Burry.

While local startups may already have the connections, visitors from abroad need a soft landing spot, somewhere to sit and work while in town, and US MAC can help set such things up.

US MAC keeps an up-to-date list of the key skills and specialities that tech companies and investors are looking for — this helps ensure that US MAC is focusing on the right areas of industry. For example, it may learn that the automotive industry is currently seeking human-machine interface technologies, such as voice, gesture, and touch. Or, with the rise of self-driving cars, perhaps there’s a growing demand for object-detection technologies. US MAC’s list is fairly substantial, evolves constantly, and covers everything from enterprise software and mobile telecoms to fintech and the Internet of Things (IoT).

Back in October 2015, US MAC coordinated a TechMatch event for the first time ever outside the Bay Area — in Bratislava, capital city of the central European nation of Slovakia. VentureBeat was invited along to get a taste of the action. 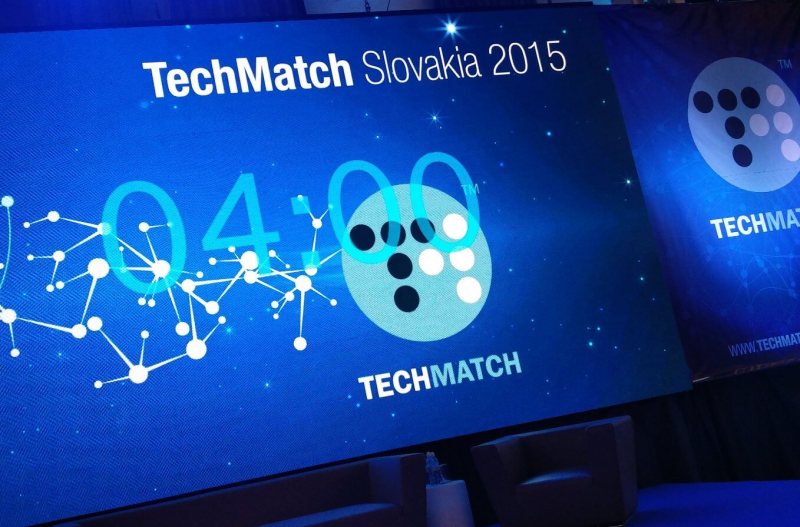 Using its global network, US MAC curated a bunch of startups with products or services that matched US MAC’s list of “desirables.” More than 1,000 startups were initially screened for the event from various regions around the world, leading to around 200 for US MAC itself to review. 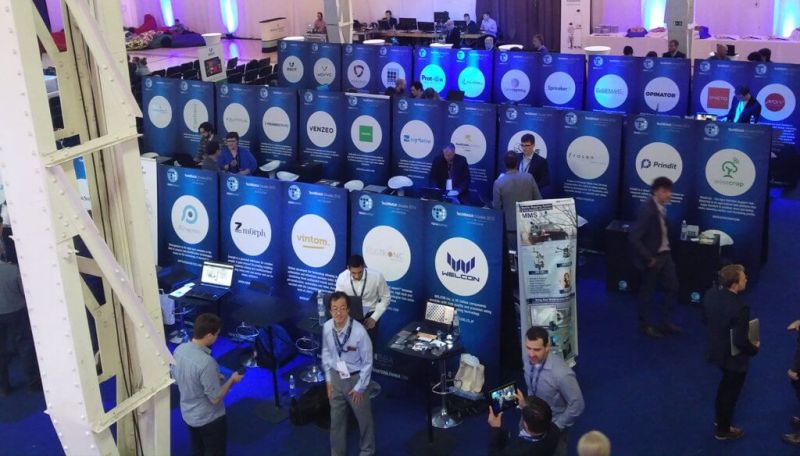 Slovakia may not be on the mainstream startup radar, but TechMatch Bratislava drew some notable names. Guy Kawasaki, who served two stints at Apple in the 1980s and 1990s — perhaps most notably as the main dude responsible for marketing the original Mac computer — gave two talks at the event. One was on lessons learned from Steve Jobs, and another on what he called the “art of the story” to help startups hone their product pitching.

From the investment realm, Ian Sobieski from Band of Angels was in the house, alongside the likes of Bill Reichert from Garage Technology Ventures and Mohanjit Jolly from DFJ Venture. Besides helping to judge pitching contests, they were also involved in discussion around things like how non-U.S. startups should approach Silicon Valley investors. 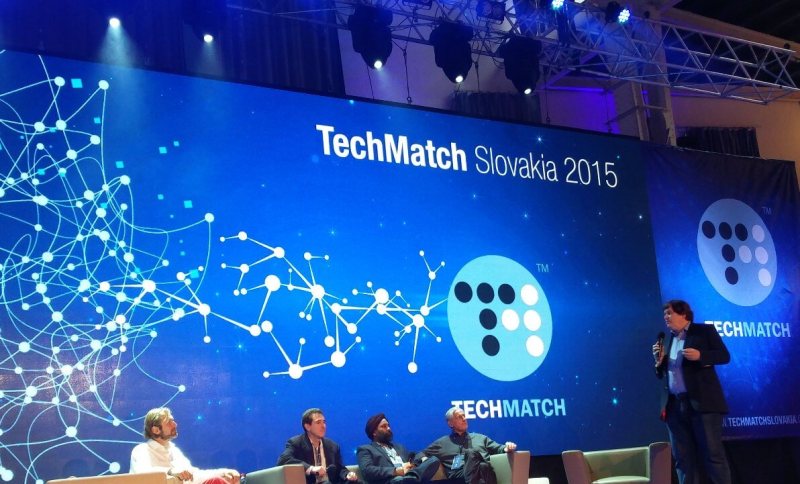 So how did Slovakia emerge as the meeting place for this Silicon Valley showcase? Well, it all started with the Slovak Business Agency (SBA), the local organization responsible for helping startups. The SBA has been putting together a series of support programs and had sent some startups to the renowned Pioneers Festival in Austria, and to Collision in Las Vegas.

TechMatch was actually the SBA’s own branding — the name just happened to be the same as that used by US MAC in California. But because of US MAC’s experience and connections in this field, it won a tender to help pull things together on behalf of the Slovakian government.

“From my conversations with them, what they understood was that the ecosystem in Slovakia is still very young,” said Burry. “There’s not a huge startup culture. There’s tons of talent here, but in order to grow crops, you need a fertile field, and if you don’t have a fertile field, it doesn’t matter how good the seed is. The SBA is focusing on how they can fertilize the ground.”

US MAC isn’t the only organization looking to connect regional startups with the U.S. — there’s the likes of the German Accelerator and Plug and Play, which also aim to connect international startups with the Valley. And US MAC itself runs a multitude of other programs, such as the 2-week-long Access Silicon Valley, which looks to fast-track Irish startups’ entry into the U.S. market. “It’s more market validation,” said Burry. “It’s to help understand: What do I need to change? What should I fix in my company to be relevant to the U.S. market? Or, you may figure out that it’s not relevant at all. If you’ve figured out at the end of 2 weeks that the U.S. is not your market, that’s actually a positive outcome. Stop wasting your time trying to figure out how you’re going to get into a market that isn’t your market.”

As such a unique and global event being funded from the public purse, the Slovakian event drew its fair share of attention from the local media. And that included criticism, with many arguing that the event was overpriced. Indeed, the 5-day event was thought to have cost around €1.4 million ($1.5 million), roughly the same amount as the country allocates to support startups for an entire year.

“It’s a shame… I do on some level understand that, well, there is an expense related to the event,” said Burry. “You’re in a country that is not as well off as other places, average wages are lower, and there are a group of people here who believe that the event was overpriced. From my perspective, they don’t understand how much things cost.”

But perhaps the brouhaha was less about the actual expenditure than it was about what the country was set to gain from it. After all, this wasn’t an event purely for Slovakian startups. Of the 68 startups, only 10 were from Slovakia, and from that only a couple made it to the final batch who pitched to the panel on the last day. But Slovakia wasn’t hosting the event specifically to benefit individual startups (though that was one aim), it was more about putting Slovakia on the startup map.

“My belief is Slovakia as a country would have the opportunity to gain mindshare,” said Burry. “There is a mindshare war going on. When I only have this much money to invest, where am I going to look? If you’re not on the radar, the investment isn’t going to happen.”

As with other startup hubs across Europe, like London, Berlin, Stockholm, Paris, or Amsterdam, Slovakia is trying to plant a seed that could lead to other things, be it accelerators or perhaps the European base for big tech companies. It wants an ecosystem.

“The people who were upset about the conference, the thing they were missing is… this is an investment,” continued Burry. “It’s an investment in a transformational journey for the country. Today, Slovakia is known as a place you can go get resources at a cost-effective rate. If they want to transform their country to be a place to go for innovation, you’ve got to begin by doing things like this.”