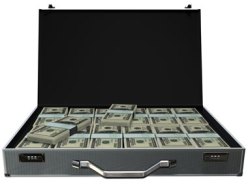 Gawker Media, the publisher of popular blogs such as Gawker and Jezebel, has sold its Consumerist blog to Consumers Union, which publishes Consumer Reports.

Consumerist snarkily brings readers product deals and discounts as well as critiques and tips for dealing with companies (see “Target ‘not responsible’ for flying carts of doom” for a sample post). The blog is most popular with younger, male readers, with 70 percent aged 18 to 34, although it’s taught me everything I never wanted to know about annoying telemarketers.

Consumers Union doesn’t intend to change the content or voice of Consumerist, a smart move since it realizes the site attracts a younger audience, one that doesn’t immediately reach for subscription-based Consumer Reports when researching products. Consumer Reports’ average reader age is 50.

The blog gets about 1.8 million unique views per month, reports the The New York Times, but struggles to get advertisers because it frequently ridicules companies. The sale is a pretty good fit given that Consumer Reports does not accept advertising, and Consumerist won’t either once the sale is finalized. Silicon Alley Insider estimates that the purchase price for Consumerist was $1 to $2 million dollars. The sale goes into effect January 1.

The sale of Consumerist is the latest move by Gawker Media owner Nick Denton to batten down the hatches ahead of what he expects to be a disastrous period for online advertising. He sold several of his less-lucrative sites earlier this year, including the travel-focused Gridskipper and political gossip blog Wonkette. He’s also in talks to sell Hollywood gossip site Defamer, according to the Times report. Nine robust publications remain, including Gawker.com and Gizmodo. Proceeds from the sale of Consumerist amount to a sort of suitcase full of cash that Denton can hide under the proverbial mattress and use if/when things get worse.