About 86 percent of Americans say they know what the term “smart home” means, but not nearly as many are willing to pay for one. Roughly 59 percent say that cost is the main barrier to adopting smart home technology, according to a survey by technology consultancy firm Finn Partners.

The survey found varying levels of excitement for technologies such as smart phones and driverless cars, while more people expressed interest in telemedicine.

Feeling in control is an important factor in consumers’ relationship to connected technology, according to the survey.

“Emotion plays an important role when it comes to consumers’ willingness to adopt connected technology,” said Sabrina Horn, a managing partner at Finn Partners, in a statement. “People want to feel in control of their lives and of their loved ones’ well-being, so it isn’t surprising that we always see peace-of-mind as the top motivator in smart home adoption. Communications professionals need to help brands and other connected technology sectors tap into this finding with more visually oriented and multi-faceted market awareness campaigns.” 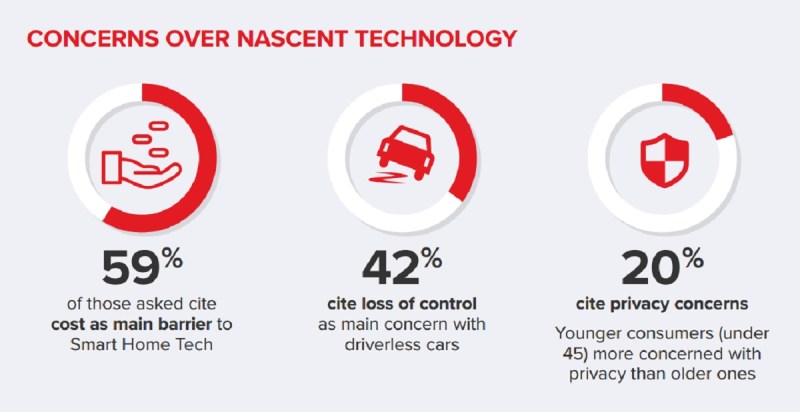 Above: People are worried about the cost of smart homes.

And while autonomous vehicles are creating a lot of buzz, consumers are not fully on board with the concept yet.

Excitement for autonomous vehicles is higher among younger audiences. Americans under the age of 45 were more likely to give a response between 6 and 10 (56 percent), with one-quarter (24 percent) giving a 9 or 10. 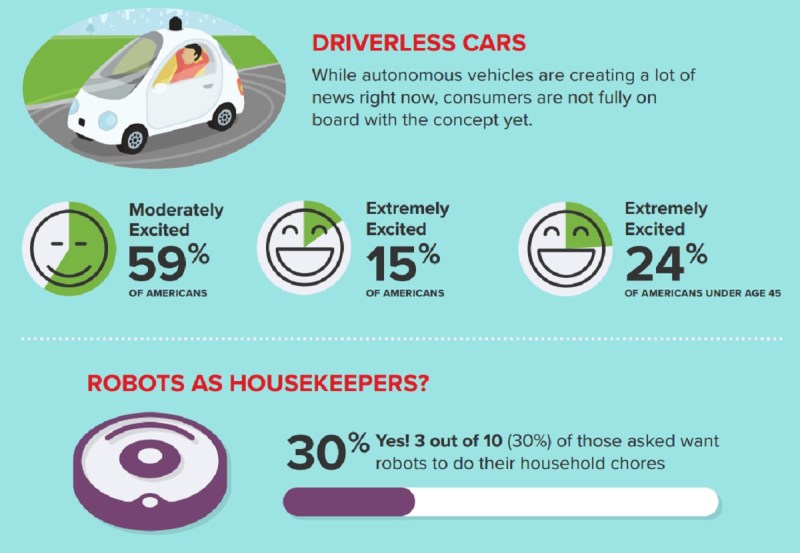 Above: Consumers say costs are a barrier to driverless cars.

The survey also found that some people are interested in having robots do their chores. Three out of 10 say they want robots to do such household chores as folding laundry or vacuuming. Automating chores is second only to better home security as far as smart home features people want.

“Nascent technology — like autonomous vehicles — can evoke feelings of risk and loss of control, so it’s not surprising to see that privacy and security are top concerns,” said Horn. “Marketers need to take a measured approach to reaching potential customers simply because of the degree to which these new technologies can change how people live. For example, communicators could avoid fear-based or threat-centered campaigns and opt for more positive messages of safety and well-being as consumers adjust to the new normal.” 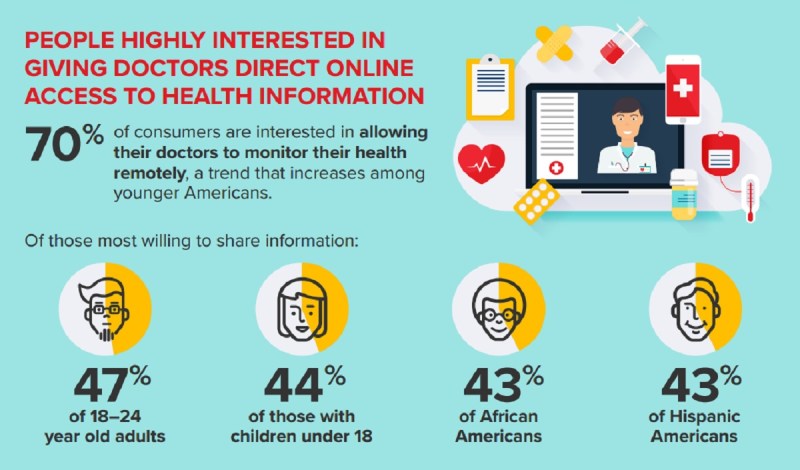 Above: Smart medicine appeals to a wide range of people.

The top concern about self-driving cars was the loss of “feeling in control” of the vehicle (42 percent), followed by worries of vulnerability to hacking (30 percent), and expense (25 percent). More than one out of five Americans are “very worried” (22 percent) their phone will be hacked, with another 37 percent “somewhat worried.”

As for the smart home, 86 percent said they know what it is, and 77 percent think it will be normal to have a robot in the home within 20 years. The top features people want are automated locks/doors (55 percent), smart thermostats (44 percent), and smart lighting (41 percent). By comparison, a voice controlled assistant (22 percent) and entertainment (25 percent) lagged behind.