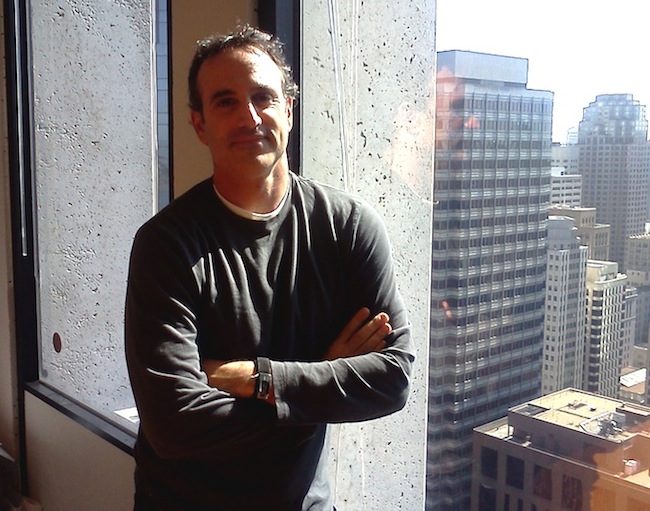 The site plans to facilitate commercial transactions by letting individual buyers and sellers expose their social capital on Facebook and, later, Twitter, Tumblr and other sources. In other words, if you have a lot of friends on Facebook, your friends there effectively vouch for your identity on Copious.

“That will give me a huge amount of comfort that you are who you say you are,” said Copious cofounder and operations chief Jonathan Ehrlich. “That transparency should make the experience a lot more engaging, trustworthy and better for both buyer and seller.”

Copious joins the growing ranks of socially-driven commerce startups. Groupon is the big fish in this pond, with $713.4 million in revenue in 2010 and a $750 million public offering planned for later this year. Other startups, such as Egg Cartel and Yardseller, also attempt to bring a social dimension to commerce. Facebook is likely to be adding payment features, having recently started a subsidiary called Facebook Payments. Meanwhile, eBay has a social dimension — with buyer and seller reputations — but has been struggling for years to make that system work effectively. 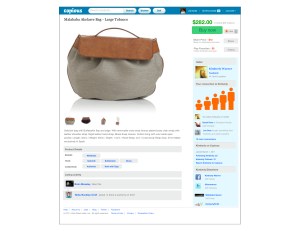 To use Copious, you log on using Facebook Connect. The site, which has a Facebook-esque light blue theme, lets you browse buyers or shop for goods. For each item offered for sale, Copious displays a meter — it looks like orange cellphone signal bars made out of person-like icons — that shows the strength of your social connection to the seller. For instance, if you’re friends with someone who is friends with the seller on Facebook, it might show five bars — or only one bar for someone who’s not in your social circle at all.

To facilitate connections, Copious will let sellers offer incentives to buyers, such as $5 off a purchase if you follow them on Twitter or share the product listing with your own followers. That, the founders hope, will help encourage relevant product recommendations — even if you’re not looking for something.

“One of the great things about the early eBay was this idea of serendipitous discovery,” said Ehrlich. “You’d go there to buy a pair of shoes and wind up buying an Elvis toaster.”

Ehrlich wants to help bring back the era of spontaneous Elvis toaster purchases by making it easier to find sellers with the kind of stuff you’ll find charmingly quirky, or quirkily irresistible, and he hopes that social connections are the way to do that.

The site will launch with little more than a selection of handbags for sale. That’s because, Ehrlich said, handbags are something people are passionate about, there’s a lot of variety, and you need to trust that the seller is not trying to sell you something counterfeit. These are all things Copious can help with.

The founders hope sellers will shortly offer a wider variety of products.

The company plans to integrate Twitter and Tumblr social networks soon after launch and is working to incorporate eBay reputations as well.

Serial entrepreneur Jim Rose is the chief executive officer for Copious, and Rob Zuber is the company’s chief technical officer. Copious has eight employees in all and is based in San Francisco’s South of Market neighborhood.