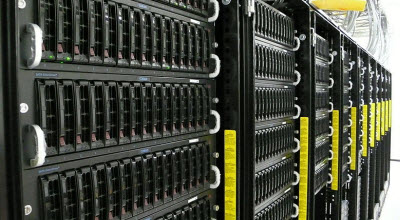 Coraid amassed 1,100 customers before it raised any venture capital. It managed to do so because it had a disruptive storage solution that fit well with the corporate computing trends toward virtualization and cloud-based storage.

Today, the Redwood City, Calif.-based company announced it has raised $10 million in its first institutional round of funding from Allegis Capital and Azure Capital Partners. The company has hired a number of new executives, including chief executive Kevin Brown, chairman Audrey MacLean, and a couple of other executives.

Coraid makes software that virtualizes storage equipment, meaning it pools together a bunch of commodity hard drives and allows a bunch of computers to tap into them. As storage needs ebb and flow, the storage can be reconfigured to handle the needs of the moment. Storage, says Brown, has reached an inflection point where expensive big boxes are being replaced by clusters of commodity hardware tied together with virtualization software.

The company competes with big companies such as EMC and NetApp that create huge storage arrays for corporations using older iSCSI and Fibre Channel solutions. But Coraid can undercut them on price because it relies on virtualization, effectively doing the same thing with cheaper storage linked together via Ethernet connections.

These commodity drives were once used only for backup, but their performance has improved so much in recent years that they are now used for primary storage. Coraid began selling its storage equipment in 2005 and built up to a huge client base because the solution has proved to be disruptive. 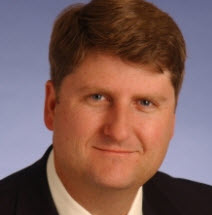 Brown (right) refers to the technology as “scale-out” architecture, meaning it can take cheap hardware and replicate it to handle the storage needs of a large corporation. Brown contends that this technology has five to eight times better performance for a given price compared to Fibre Channel and iSCSI solutions. It also eliminates the more complex storage environments.

The federal National Institutes of Health has adopted Coraid’s products for the National Human Genome Research project in Rockville, Md. The institute has deployed more than 400 terabytes of Coraid storage equipment. Storage installations range in cost from $10,000 to $50,000.

The company was founded by chief technology officer Brantley Coile. Brown is the former chief executive of virtualization software vendor Kidaro, which Microsoft bought in 2008. MacLean was the founder of Network Equipment Technologies, which went public in 1987. Mark Leslie, the founder of Veritas Software, and Charles Giancarlo, managing director at Silver Lake Partners, have been named advisors to the company. The company has 25 employees.