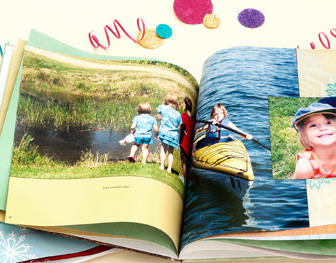 A patent dispute is unfolding between Kodak and photo-sharing site Shutterfly that could have ramifications for some of the broader photo-sharing sites on the web, such as Yahoo’s Flickr, the widely-used Picasa by Google, and Facebook’s Photos feature.

Kodak has filed a lawsuit against Shutterfly over five patents it claims Shutterfly’s online services are infringing on. Shutterfly is a popular way for people to purchase print photo books, stationery, and calendars out of their personal photos. Shutterfly has denied the claims and filed a counter-suit against Kodak over the company’s own Kodak Gallery Software.

Kodak claims to have over 400 patents in the space and has possibly made Shutterfly its initial target because it makes for an ideal opponent — the publicly-traded Shutterfly is much bigger than a private-owned startup in the space but doesn’t have the deep pockets of giants like Google and Facebook to fully challenge such a lawsuit.

The company hasn’t stated outright whether it intends to go after other players at this point, but says it is confident in the value of its patents. Most likely, it’s picking a single contender to prove a point before it marks out for an open-fire across the slew of other photo-sharing websites.

How will Google, Yahoo, and Facebook respond if the patent bug gets to them? Theo Savvides, head of intellectual property at Osborne Clarke, told BBC News that he predicts smaller firms are more likely to license Kodak’s technology than fight claims, but the giants may be more likely to fight the claims.

“The case may hinge on Kodak’s ability to show that when it filed the patents they covered technology that was genuinely innovative,” added Deborah Bould, a specialist in intellectual property at law firm Pinsent Masons.

Back in January, Kodak also filed a suit against Apple and Blackberry-maker RIM over patents on the displaying and previewing of images on their cellphone devices.