A “modern communications network,” “simple, beautiful conversations,” “it’s time to create the best possible communication tools, as beautiful as they are useful.”

All these quotes emanated from the good folks at fledgling Swiss startup Wire ahead of its launch on Tuesday. While the company was coy about the full ins and outs of the app in the build-up to its arrival out of stealth, the fact that it had the backing of Skype co-founder Janus Friis, and laid claim to a slew of top hires, was enough to pique our interest in the first instance.

We knew a few things about the stealth startup prior to launch. We knew that Wire was striving to be an all-singing, all-dancing communications app covering messaging, voice calls, and picture/music/video sharing. And all this underpinned by “high fidelity paired with elegant design,” as the company put it.

Wire was keen to position itself as a modern-day remedy to the eons-old Skype. “Skype was launched more than a decade ago,” said Friis. “A lot has changed since then — we are all used to free calls and texting, and we have taken to carrying our computers in our pockets. It is time to create the best possible communication tools, as beautiful as they are useful.”

A lot has indeed changed since the inception of Skype. Regardless of the impressive roster of Wire’s backers, and any nice bells-and-whistles the app itself may have, many messaging apps have come to the fore in recent years.

Skype aside, there’s WhatsApp, Viber, Telegram, Kakao Talk, Line, and Facebook Messenger, to name but a handful. Some of these are mobile-only, some work on your PC too, and some have VoIP-enabled calling features. There are degrees of differentiation between them, but those degrees are getting smaller as they all start to converge and strive to be everything to everyone.

So against this backdrop, can Wire really hold its own and bring enough to the table to catch the world’s attention?

Available now for Android, iOS and OS X — with a browser-based version on the way — we went hands-on with Wire to see what’s what.

Wire doesn’t require your mobile number – it just needs an email address to set up an account and you’re good to go. You can manually search for people you know by using their name or email address, or give permission for the app to access your address book to see who else you know is using Wire. 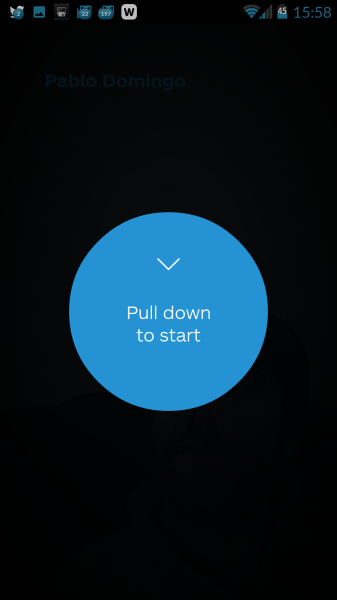 Perhaps the most striking facet of Wire is its simple interface and usability. When you click on a contact to converse with, you’ll see a blinking cursor inside a chat box at the bottom. You can tap this once to bring up your keyboard to type, or you can swipe to the right within this chat box to reveal three buttons – one for calls, one for sharing photos, and one for ‘pinging’ – think of that like a Yo or a nudge. 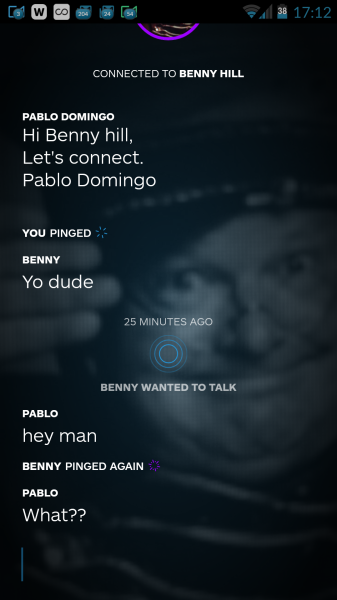 Conversations are synced across all platforms, while group-messaging is offered too.

Using the Opus open-source audio codec, Wire promised high-quality calls, and based on our tests the audio was crystal-clear — however we haven’t yet stress-tested this at different times of day or over a prolonged period of time. But so far, so good.

Another area Wire is seeking to carve a niche in is with the sharing of streaming media files. Currently supporting SoundCloud and YouTube, you can share songs and videos which appear as large embeds within chats, and can be played without leaving the app. 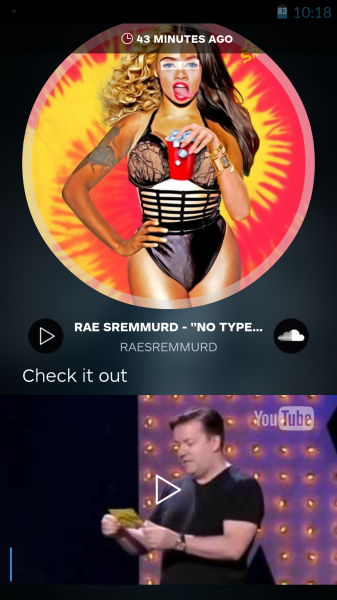 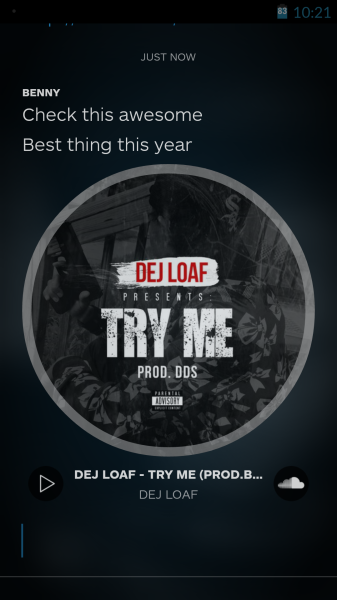 Acknowledging recent security concerns across the communications realm, Wire also says that it uses end-to-end encryption (SRTP) for voice calls, while for messages and media items (e.g. photos) TLS is used between its (Europe-based) servers and clients.

There’s little question that Wire has been beautifully designed – it side-steps the clutter and distraction of stickers and emoticons to focus on slick simplicity. But there is still one unavoidable problem it faces as it looks to lure new users on board.

A common assumption is that groups of friends only ever use one communications conduit at any given time, so you’re either a Facebooker, Snapchatter, WhatsApper, Viber-er, or whatever. But that’s not true. Depending on demographics, people may use Facebook to keep in touch with not-so-close friends, but Snapchat for their best buddies, and WhatsApp for group chats.

There’s any number of permutations of how people use various messaging apps and social networks at any given time, and this trend bodes well — in theory — for newcomers such as Wire. Generally, users aren’t tethered to a single social networking application, and are open to new entrants.

For any inherently social application to succeed, however, it must not only tempt new individual users on board, but entire networks of friends. And that is a tough nut to crack. While we are seeing so much feature-convergence among messaging apps, with one perhaps borrowing Snapchat’s ephemerality, and another taking a cue from Instagram’s photo-filters, each platform’s initial success was in offering something truly different to the others.

Facebook became huge because it came along at the right time and managed to infiltrate the mainstream ‘non-techie’ crowds – everyone you’ve ever known on a single platform. But with some groups apparently losing interest, other networks have managed to carve a niche. Path was like the antithesis of Facebook in many ways, as it was always about ‘privacy’ and limiting your number of friends, starting with 50, then 150, before finally giving in and removing all limits.

WhatsApp too came along at the right time, letting users send SMS-style messages to individuals and groups, except using Wi-Fi or 3G. Elsewhere, Snapchat’s self-destructing photos were great for those not wishing a permanent record of their social interactions.

With Wire, its main selling points are its design and interface, high-fidelity calls and, perhaps for some, the fact that its servers aren’t based in the U.S. But will that be enough to entice networks of friends? It’s still early days, but I’m just not sure there’s enough here to put a serious dent in what has become a truly saturated market.