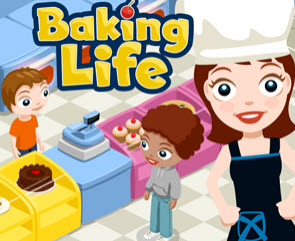 In a counter-move against Zynga, game maker PopCap Games said today that it has acquired the San Francisco-based social game developer ZipZapPlay. Terms of the deal were not disclosed.

The move could be one of the first for a more aggressive PopCap, the Seattle-based maker of hit games from Bejeweled to Plants vs Zombies, as it tries to be more competitive in social games on Facebook, where Zynga dominates. San Francisco-based Zynga opened an office to recruit game developers in Seattle recently, and now PopCap is acquiring a game studio on Zynga’s home turf. It’s kind of like a tit for tat move in a very high stakes battle for the future of social games.

PopCap is increasing its efforts in part because it plans to file to go public in the second half of the year. John Vechey, co-founder of PopCap and head of its merger and acquisition efforts, said in an interview that the deal is a strategic one, not so much because ZipZapPlay has lots of users. On Facebook, ZipZapPlay’s Baking Life game has 3.2 million monthly active users. That’s small compared to Zynga’s 259 million monthly active users. Zynga’s huge user base has allowed it to buy 12 companies in 12 months.

“What was important to us was their willingness to experiment,” Vechey said. “They get how social gaming will evolve so that it will become actually social, with authentic social interactions. This is a strategic move with a lot of potential.”

In other words, a lot of so-called social games on Facebook tap your friends to do stuff for you, but they don’t require you to work together closely with your friends inside the game itself. Vechey acknowledged that PopCap competes with Zynga and that it had previously thought of opening its own office. With this acquisition, PopCap adds 17 new employees and a base to expand in San Francisco, which is the center of the social gaming industry. Curt Bererton and Mathilde Pignol, the top executives of ZipZapPlay, will continue to run the studio.

PopCap reported more than $100 million in revenues last year and it is one of the most successful independent game companies. But it was born in 2000, long before the era of social gaming. PopCap pioneered snack-like casual games with Bejeweled, which has sold more than 50 million units.

Vechey said he has been scouring through potential acquisitions for the past 18 months and found that ZipZapPlay is a nice cultural fit, since it focuses on design excellence in the same way that PopCap does. ZipZapPlay is at work on a new game that could be a big leap forward in social games, Vechey said. That game could come out this year. By the end of 2011, PopCap expects to have four or five games available on Facebook.

Overall, PopCap chief executive Dave Roberts said in a recent interview that PopCap’s aim is to diversify across the important platforms, including social, mobile, and the web. And it will also spread its focus across different geographies and types of games so that it can produce more predictable financial results.