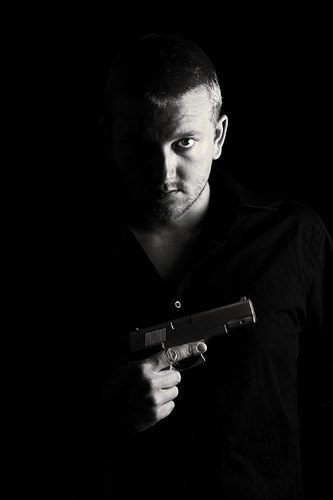 “Organized crime is exactly that – organized,” said Marc Goodman at this week’s O’Reilly Strata conference, “especially in the field of cyber crime.”

Goodman knows a thing or two about crime. He started off as an LAPD streetcop before starting the service’s first Internet crime unit in the mid-1990s. After spending a decade working with Interpol he founded the Future Crimes Institute to track how criminals use technology.

Cybercrime is already an agile, globalised and outsourced business. “Anything that would motivate a startup employee would motivate a criminal,” explains Goodman. “They want money, they want shares in the business, they want a challenge, they don’t want a 9-5 environment. They want to respect of their peers, and they are engaged in a game of us against them.”

Cybercriminals use malware like viruses, worms and trojans to harvest personal data. “There are 268 million pieces of computer malware which have been identified in the wild,” Goodman reports. They also use social engineering techniques such as fishing emails using data gleaned from social networks to trick people into providing further details.

Technology has allowed cybercriminals to become more like high-growth startups. “Datacrime can be scripted and automated and it scales. If you take a gun or a knife and stand on a street corner, there’s only so many people you can rob. You have to do the robbery, run away from the scene of the crime, worry about the police, so you can’t really rob that many. You can’t walk into Wembley stadium with a gun and say ‘everybody put your hands up’. But you can do that from a cybercrime perspective.”

Organized crime breaks crime down into its component parts and outsources, or more accurately crimesources, it to specialised technical teams. There are people who write the malware, people who deploy it, who control and rent the botnets, receive goods bought with stolen credit cards and do the money laundering. Criminals even offer SLAs (service level agreements) and technical support lines. The crime market also obeys the laws of supply and demand. After the Sony PSP attack in which Sony lost the details of almost 100 million customers, including 20 million credit cards etails, there was so much stolen credit card information available that prices dropped.

Cybercrime has also become a totally globalized business. “One of the reasons that cybercrime thrives is that it’s totally international whereas law enforcement is totally national,” says Goodman. “Now the person attacking you can be sitting in New York or Tokyo or Botswana. The ability to conduct business without getting on a plane is an awesome advantage that International organized crime uses.”

Criminals constantly pioneer new business practices. “They are probably ahead of the curve on cooperating with their competition. I think it will be a long time before Pepsi has a serious conversation with Coke, but surprisingly Japanese Yakuza will talk to Chinese triads, one cartel may talk to another if it has a specific area of expertise. Specialities are also regional. If you want a hit man you go to Serbia. If you want to do money laundering you find someone in Dubai.”