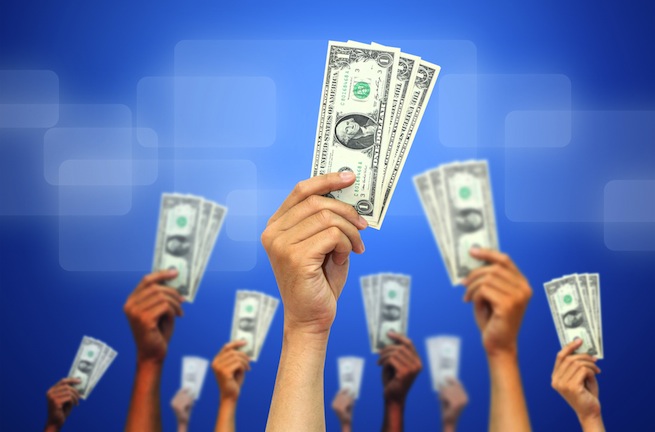 Until Kickstarter started gaining attention for giving people a place to raise huge amounts of money very quickly, the term crowdfunding didn’t mean much. Now, crowdfunding has become a full-fledged industry, contributing $1.5 billion to new ventures in 2011. That total includes pledges from average people backing quirky projects like the Pebble smartwatch as well as seed funding for startups.

The first ever Crowdfunding Industry Report, from research firm Massolution, reveals that crowdfunding platforms, such as Kickstarter and Crowdfunder, raised $1.5 billion spread out over one million campaigns in 2011. Of that $1.5 billion, $837 million came from North American investors.

In North America the majority of crowdfunding was for reward-based projects, like those found on Kickstarter, where the investor receives a tangible item or service in return for their funds. Globally, there are more reward-based crowdfunding platforms than any of the other three types.

Crowdfunding is gaining traction as a viable way for startups to bypass venture capitalists and raise money from other sources. The high CAGR and large amounts of money raised per campaign for equity-based crowdfunding bode well for startups, according to the report.

Adding fuel to the fire is a shift in the legal climate. Crowdfunding from unaccredited investors was highly restricted prior to President Obama signing the JOBS Act in April, 2012. Under the new law, friends, family, and strangers can more easily use a crowdfunding platform to invest in a startup in return for shares of the company, and companies can have a higher total number of investors before triggering public disclosure regulations that would ordinarily impel companies to list their shares on a public market.

“Driven by equity-based and reward-based crowdfunding, our forecasts indicate total funds raised will nearly double this year. Additionally, the passing of the JOBS ACT will have a profound effect on the growth of crowdfunding in the U.S. In 2013, we expect securities-based crowdfunding to bring new sources of funding to many startups and early stage businesses,” said Carl Esposti, chief executive of Massolution in a statement.

However, 89 percent of investors reported participating in only one or two campaigns, which could affect the ongoing success of crowdfunding. Investors tend to return to the same crowdfunding platform they used previously, instead of branching out. It’s unclear if there is any sort of dissatisfaction with the crowdfunding process or if investors are simply putting larger sums of money towards one goal instead of spreading their wealth around.

At the end of April 2012, 452 crowdfunding platforms were operating around the world, according to Massolution. The research firm expects that number to rise to more than 530 by the end of 2012. You can read a copy of the report below.