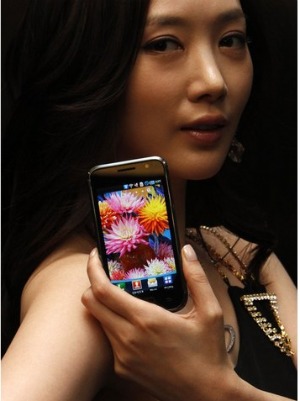 A new smartphone app that allows marketers and event organizers to enlist the crowd in pinning down the best photos during an event is garnering a lot of attention from marquee-name companies, co-founder and chief executive Jon Fisher of CrowdOptic told me today.

CrowdOptic lets marketers and event organizers harness amateur photographers in finding that “perfect” picture from just the right place at the right time.

The app then sends a broadcast out to cell phone users in the immediate area during a live event asking them to take and submit pictures.

The company is currently testing the app on Apple’s iPhone, with plans to run similar tests in Google Android and Research In Motion’s BlackBerry during the first quarter. At that point, he said, “The whole enchilada will exit out of beta.”

Thus far, CrowdOptic has caught the attention of large customers, including a Fortune 100 company, a national political party, a national media outlet and a professional sports franchise. — though Fisher declined to name them.

Each of those organizations would use the app differently, he said, with the company initially using it at its annual conference; the political party deploying it at polling places; and the media outlet using it during breaking news events.

Fisher said the new app is different from competitors such as Instagram, Hipstamatic, DailyBooth and Picplz, because “we’re looking to attract enterprises by paid subscription to work with end users to solve real problems.”

CrowdOptic’s chief operating officer Jeff Broderick has a deep payments background, which will help the startup “quickly layer a payments platform so enterprises can pay/bid on images from end users.”

Fisher said the technology behind CrowdOptic is what is most likely to make it equally attractive to both users and hardcore app “techies”. Images will be tied to metadata, including GPS-determined location and timestamps. CrowdOptic will then separate that data from the image at the time the image is snapped.

“We can do this because our app sits on top of the iPhone camera so it’s our app controlling things and not just facilitating the posting of an image. We immediately send the metadata to our database where enterprise queries for it are waiting,” Fisher said. “Then we reattach the metadata with the image so the image itself can be queried.”

All of this is just the very tip of a much larger wave of the future, said Fisher, who is also CEO of online security provider Predilict. He previously sold his company Bharosa to Oracle.

“I have built startups for the enterprise for nearly 20 years and it’s amusing how many in that space are confirming web 2.0 versus enterprise is the place to be,” said Fisher. “Web 2.0 companies are television shows that briefly attract audiences and then are canceled. Photo sharing, just like most apps, will be used for many years in the future when embraced by the enterprise.”