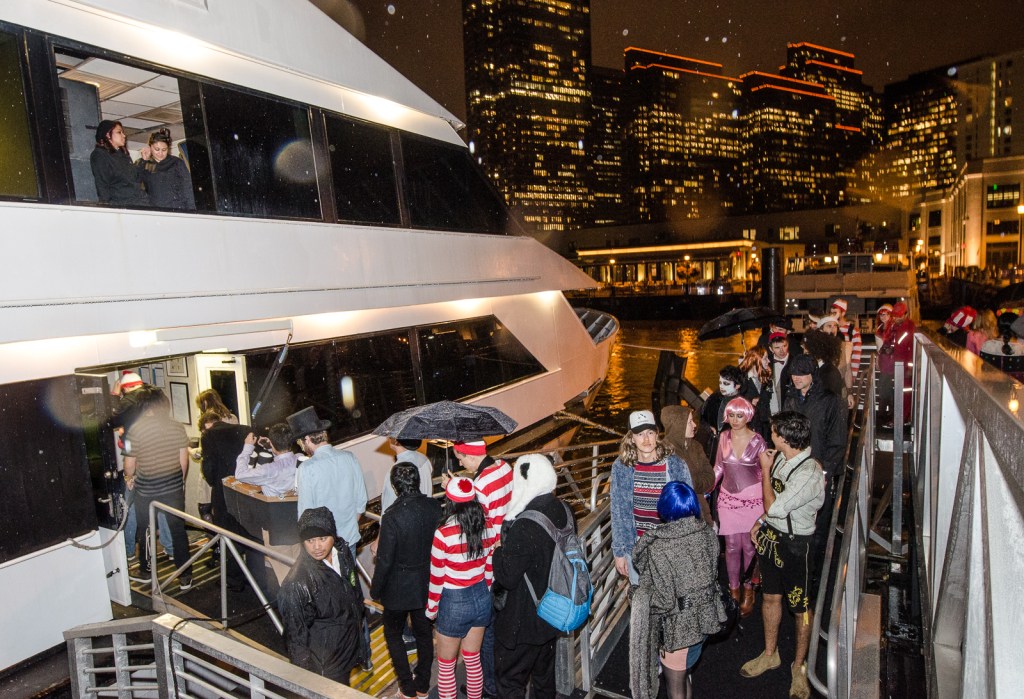 A boat is not normally something you want to tilt over, unless it is a yacht party and you are trying to Crowdtilt it.

Last week, startup Crowdtilt enabled the largest crowd funded party to date. Its Halloween mega yacht party in the San Francisco Bay had 435 backers and “tilted” at $30,000. The demand for the event was so high that it sold out in three days and those who didn’t get tickets for the first boat waged a campaign to fund a second, 360 person boat.

The success of these campaigns inspired me to check in with Crowdtilt on their progress since graduating from Y Combinator in February and raising $2.1 million in venture capital funding in May.

Crowdtilt was founded as a place where friends could pool their money together online for a specific purpose. Unlike Kickstarter and and Indiegogo which mostly feature creative and business projects, Crowdtilt focuses on enabling group experiences or shared causes. Like spending Halloween dancing on a boat.

Anyone can start a campaign on Crowdtilt by writing a brief description and setting the fundraising goal. They then reach out to their social network to help achieve the objective by throwing in money. No money is charged until the campaign “tilts”, and if a campaign misses the mark, all contributors gets their pledged money back.

“Prior to Crowdtilt, there was no easy way to organize a 450 people yacht party in 3 days,” said founder James Beshara. “Being able to set a ridiculous high tilt amount at $20K and seeing whether this will happen is a pretty big deal. Everybody knew that if we didn’t get enough people for the event, then no one would be charged anything. I think that really freed up the first people to contribute toward the goal, since they knew they’d only be charged if it was a huge success. The way we collaborate around money is changing, and we want to push these boundaries forward when it comes to you and your group.”

The service is available to just about anyone, whether they are looking to throw a party, buy an expensive gift, or raise money for Hurricane Sandy victims. One user said he would officially change his middle name to “Awesome Danger” if his friends pooled $350 for a name change application. The biggest campaign to date raised $99K to preserve the only Catholic School in Tallahasee, Florida from shutting down.

Beshara initially intended to create a crowdfunding portal for good causes, but his friends kept requesting to use the prototype for activities like fantasy football and weddings. The company pivoted to its current model and since then has grown quickly.

It is interesting to see the way group dynamics are reflected in user behavior. According to statistics shared by Crowdtilt’s team, 86% of campaigns are successful, and on average, raise almost twice as much as they need to tilt. Campaigns that reach a 34% of their goal have a 99% chance of going all the way, and 38% of activity happens in the last few hours. Herd mentality is reflected here – once a few people go in, everyone wants in.

With Winter upon us, people are using the platform to plan holiday events. Groups of people are coming together to raise money for Thanksgiving feasts, holiday parties, ski leases, and collective donations to charitable organizations. There has also been a lot of activity surrounding Movember and Hurricane Sandy fundraisers. Crowdtilt will put $20 towards any Movember campaign and waive all fees for Sandy fundraisers.

In many ways, Crowdtilt is most distinguishable for its flexibility. The platform is not only for creative projects, emerging businesses, or good causes. Rather, it is for anything and everything and can turn pipe dreams into reality.