Blockchain is the transparent and secure ledger that uses decentralized computing to enable secure transactions that are necessary for digital monies, or cryptocurrency. I moderated a panel at OKCoin to better understand how cryptocurrency startups are disrupting industries.

Our panelists included Boris Reznikov, director of partnerships at Interstellar; Brendan Eich, CEO of Brave Software; and Nicolas Arqueros, chief technology officer of Emurgo. Our panel took place at OKCoin in San Francisco, and OKCoin provided the common thread of an exchange where the startups could trade their newly issued cryptocurrency tokens. (You can view the whole session on the YouTube video embedded above).

Blockchain has gone from being a mysterious source of scams to having its own thriving startup ecosystem. Many blockchain projects are still experimental, but they’re ambitious, trying to disrupt major industries — from web browsers to digital payments. 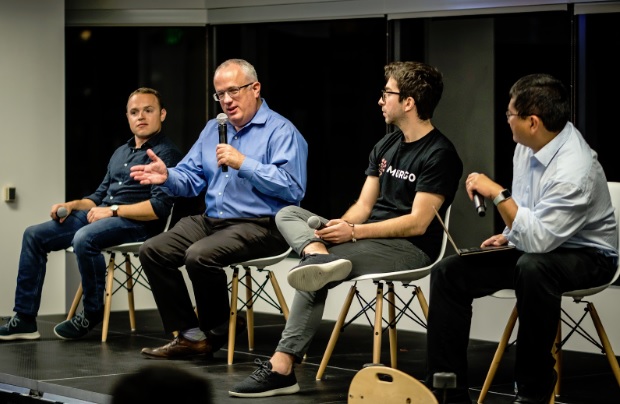 Above: Brendan Eich of Brave Software speaks at OKCoin panel.

Eich’s company is taking on Google, both in its Chrome browser business and its online advertising business model. Eich, cofounder of Mozilla and creator of the JavaScript programming language, is going after the $1 trillion that will be spent on online advertising in the coming years.

He said he finds digital ads annoying. They can track and monitor users, publishers suffer revenue loss these days from ad blockers, and fraudulent ads can slow down web browsing itself. So Brave Software’s Basic Attention Token is an ERC-20 token on the Ethereum platform. Essentially, Brave’s web browser blocks ads and tracking scripts that slow down browsers, but it anonymously confirms a user’s attention on web pages.

“We are getting users first with a better browser, but will build a platform and will take the token to apps,” Eich said.

These page views are then converted into rewards for publishers, who are paid with security tokens. The process allows users to maintain their privacy while validating creator revenue that would typically come from advertising view metrics. Brave already has 5 million users and 23,000 publishers.

Brave wants to engage with publishers to help users get past pay walls that limit readers to a few articles a month. So Eich wants to disrupt both Chrome and advertising technology in general. 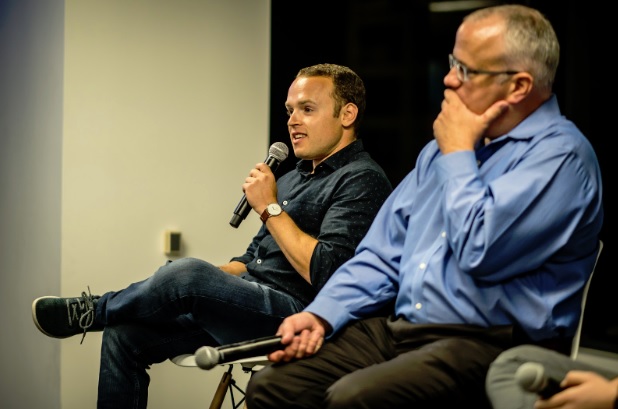 Above: Boris Reznikov of Interstellar.

Boris Reznikov, director of partnerships at Interstellar, explained how the company is taking on Swift bank wire payments with Stellar, an internet-level protocol for digital payments.

“It’s not very efficient and [is] in dire need of disruption,” he said.

Stellar wants to get rid of friction related to cross-border payments, which are handled by Swift’s traditional messaging protocol. It will do so via a distributed ledger designed to allow banks to issue fiat currencies (like the U.S. dollar) across a decentralized exchange. That makes payments interoperable.

Stellar recently acquired Chain, an enterprise blockchain company, and the two combined to form Interstellar, which will deliver Stellar’s global public ledger so companies can issue, exchange, and manage assets across a scalable public network. 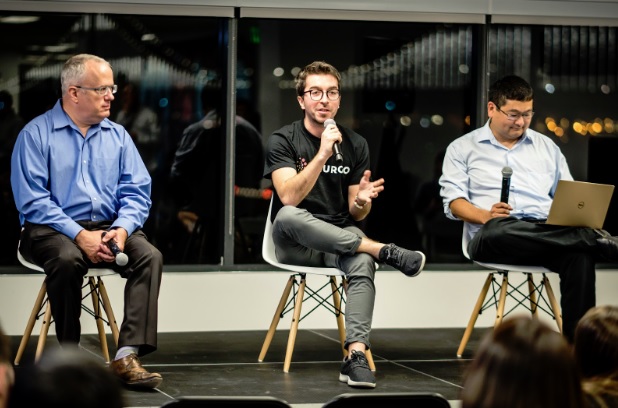 Above: Nico Arqueros of Cardano and Emurgo

Arqueros said Emurgo is trying to unseat Ethereum, one of the leading cryptocurrencies in today’s market.

Emurgo partners with Cardano, which aims to be a smart contract platform that improves on Ethereum’s capability. It sounds crazy, as Ethereum has a big headstart.

As a tech platform, Cardano will be able to run financial applications that can be used by individuals who might otherwise be worried about security vulnerabilities. Cardano is built on the ADA cryptocurrency, which is now available on many digital currency exchanges, including OKCoin.

Cardano’s team includes cryptocurrency research leaders and its current plan is to complete the settlement layer, which runs ADA. Then it will do a separate computing layer that handles smart contracts and decentralized apps.