CryptoKitties creator Dapper Labs has raised $12 million in funding from NBA stars and others to build a consumer-focused Flow blockchain that supports digital collectibles. The company aims to enable users to own the digital items they collect with the assurance that the goods are genuine.

Dapper Labs will use the round to help scale the Flow blockchain to support previously announced collaborations with Dr. Seuss Enterprises, Warner Music, and UFC, among others. CEO Roham Gharegozlou said in an email to GamesBeat that Flow will be an easy-to-use blockchain that enables quick access for anyone looking to join the transparent and secure decentralized digital ledger technology. 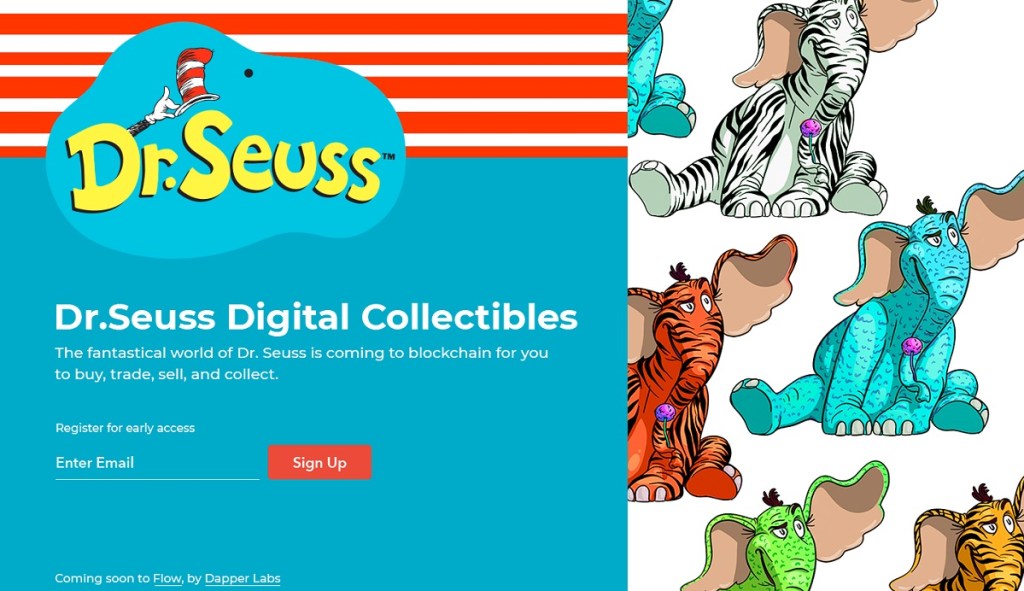 Above: These Dr. Seuss digital collectibles are based on blockchain technology.

Dapper Labs also announced initial results from its first phase of beta testing for NBA Top Shot, its upcoming game developed for the Flow blockchain. NBA Top Shot has already generated over $1.2 million in revenue from the first 500 players while in closed beta. These players have spent thousands of hours opening packs, trading moments, and completing collections together.

Top Shot was designed in partnership with the NBA and NBPA. The experience captures the feeling of trading cards and sneakers, but it does so within a digital universe. New invitations to the beta are being released in waves; to apply, sign up here and then visit this Discord to request early access.

Dapper Labs is based in Vancouver, Canada and has 85 employees. The company has raised $51.05 million to date.