The CryptoKitties just keep on multiplying. Dapper Labs, the company behind the consumer blockchain collectible cats, has raised $15 million in a new round of funding.

Venrock led the investment, with participation by Google’s GV and Samsung Next. The funds will help Dapper Labs, a Canadian company, expand locally and globally.

This includes establishing a U.S. subsidiary led by former executives from Unity and Disney, with additional hires for the Canada office from Ubisoft, EA Sports, Amazon, ESPN, Hasbro, and Zynga. The investment will also accelerate the build-out of the infrastructure necessary to attract mainstream consumers to the blockchain. That’s a tall order, but Dapper Labs is trying.

“The evolution of true digital ownership and the interoperability of smart contracts creates new ways for consumers, creators, and platform providers to interact completely peer-to-peer, with no middlemen,” said Roham Gharegozlou, CEO at Dapper Labs. “Our mission at Dapper Labs is to use games and entertainment to bring the values of decentralization to billions of consumers worldwide. This round of financing was about getting the right partners around the table to bring compelling content to the blockchain – and make sure usability and infrastructure allow for adoption by mainstream consumers.”

Dapper Labs is also working with top entertainment brands to bring compelling brands, communities, and intellectual property to the blockchain.

“The team at Dapper Labs impressed us with their vision. More than any other company in this industry, they truly understand and aim to reach the mainstream consumer,” said David Pakman, general partner at Venrock and now on the Dapper Labs’ board, in a statement. “The blockchain will usher in an industry of scarce digital assets and will enable new types of self-expression. Combined with the transition from centralized to peer-to-peer commerce, this will unlock trillions of dollars in value for consumers.”

CryptoKitties is the world’s most used consumer blockchain application outside of exchanges, with 3.2-million transactions and tens of millions of dollars transacted on the platform.

The game launched in late 2017 to showcase the use of blockchain beyond cryptocurrencies.

“We launched CryptoKitties as an innovative and play-driven introduction to what blockchain can do and mean for consumers,” says Dieter Shirley, the company’s chief technology officer and the original author of the non-fungible token (NFT) standard popularized on Ethereum as ERC-721, in a statement. “By engaging the community with fun and games, we reached much broader audiences. That taught us where the obstacles and opportunities are for blockchain and mainstream adoption, and we can’t wait to share what we’ve learned with the rest of the world.” 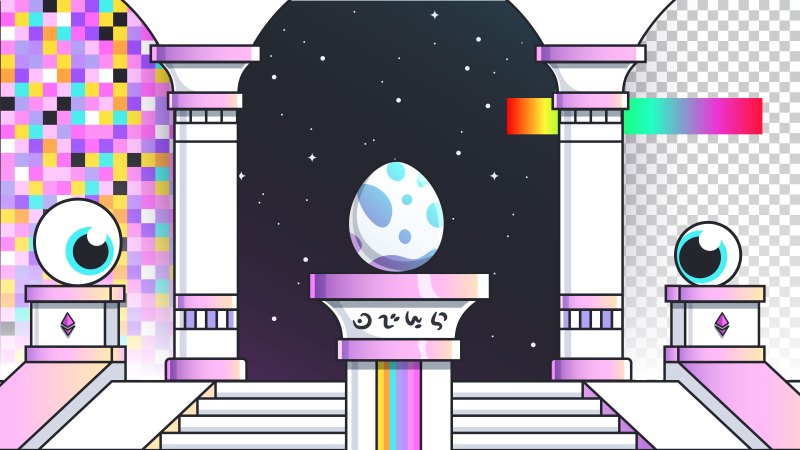 Above: Cryptokitties is going into a museum in Germany.

Dapper Labs intends to use its consumer insights to lower the barrier to entry for blockchain and make the values of decentralization accessible to everyone.

The company said that the NFT standard that CryptoKitties authored has created a new industry and new possibilities for digital ownership. Since launching CryptoKitties, Dapper Labs has instituted a developer program and public API, innovated on terms of service and instituted a flexible license giving NFT owners and third-party developers broad usage rights on original artwork, and created a launchpad program and seed fund to help third-party teams build a self-sustaining business within the ecosystem.

To date, Dapper Labs has raised $27.8 million. Formed in February 2018, Dapper Labs was spun out of Axiom Zen to bring the benefits of decentralization to consumers.