Cubios is introducing a unique handheld gaming console, dubbed WowCube, which was inspired by a Rubik’s Cube. It’s also unique because it was designed by a 13-year-old boy and his father.

Novato, California-based Cubios wanted to break the mold of traditional game consoles. It’s not going to challenge the dominance of the Nintendo DS family or smartphones, but the family-run startup says it has created the first gaming console ever that one can twist, shake, and turn in one’s hands.

Savva Osipov, the 13-year-old founder of WowCube, and his family (including his father Ilya) are immigrants from Russia. Arriving a few years ago, the younger Osipov got busy. In his spare time after school, Savva works on gadgets like the WowCube, participates in Bay Area hackathons, and runs his own do-it-yourself (DIY) tech YouTube channel. 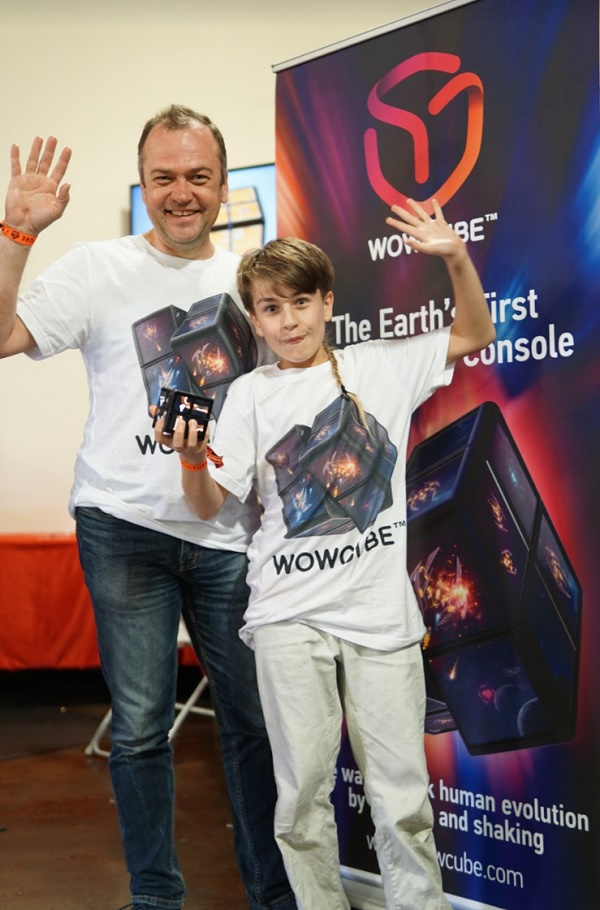 Above: Ilya Osipov (left) and his son Savva.

The WowCube is a cube with of eight autonomous modules combined together in a way enabling rotation (four square segments on each face of the cube); the rotations happen similar to Rubik’s Cube. Each of the autonomous modules has three sub-display panels mounted on its outer faces.

The patented magnetic connectors enable a continuous flow of information between the autonomous modules, ensuring a seamless gaming experience.

WowCube comes preloaded with several games including Pipes, Scrabble, Space, Puzzle, and Maze; more games (up to 24) can be loaded onto the device through the WowCube Store mobile app and via Bluetooth connectivity.

The console combines physical gadgets like fidget toys with digital gaming consoles in a single device. 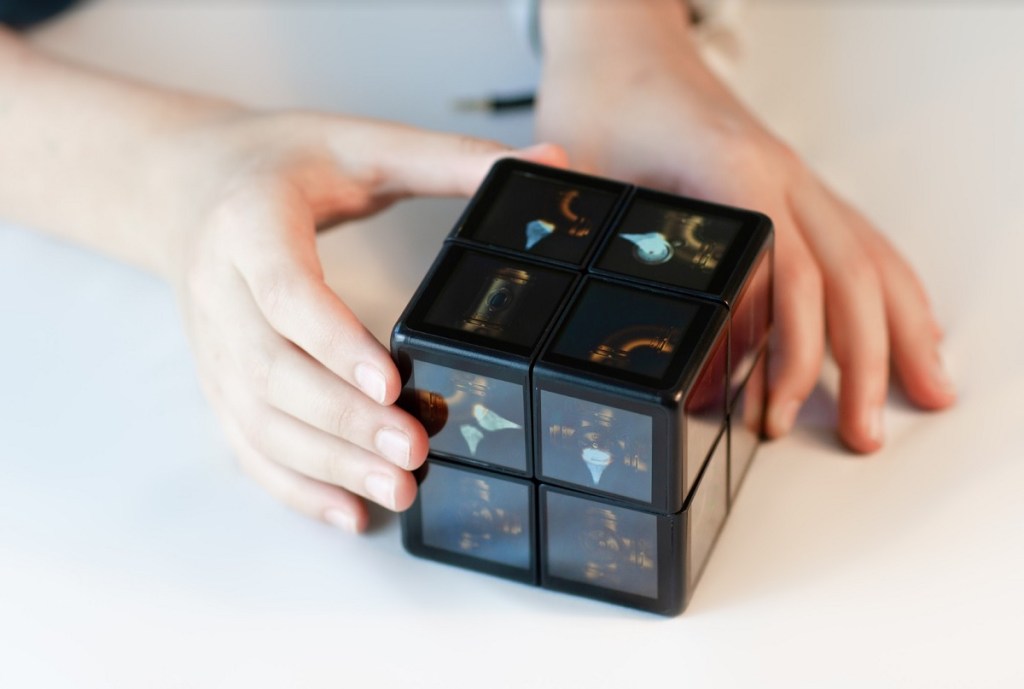 Above: The WowCube is like a Rubik’s Cube with a bunch of sub-displays.

The Osipovs are staying true to the DIY spirit of the company they started two years ago. The “blueprints” of the device can be loaded and, with a little help of a 3D printer, assembled at home for non-commercial use.

The open API and an Open Source desktop app invite indie developers to create new games and applications and to share them through the WowCube store. In 2017, the Osipovs secured over $500,000 in seed funding allowing them to build three generations of WowCube prototypes.

The Osipovs will talk about the device at the SVOD 2018 conference today in Mountain View, California.