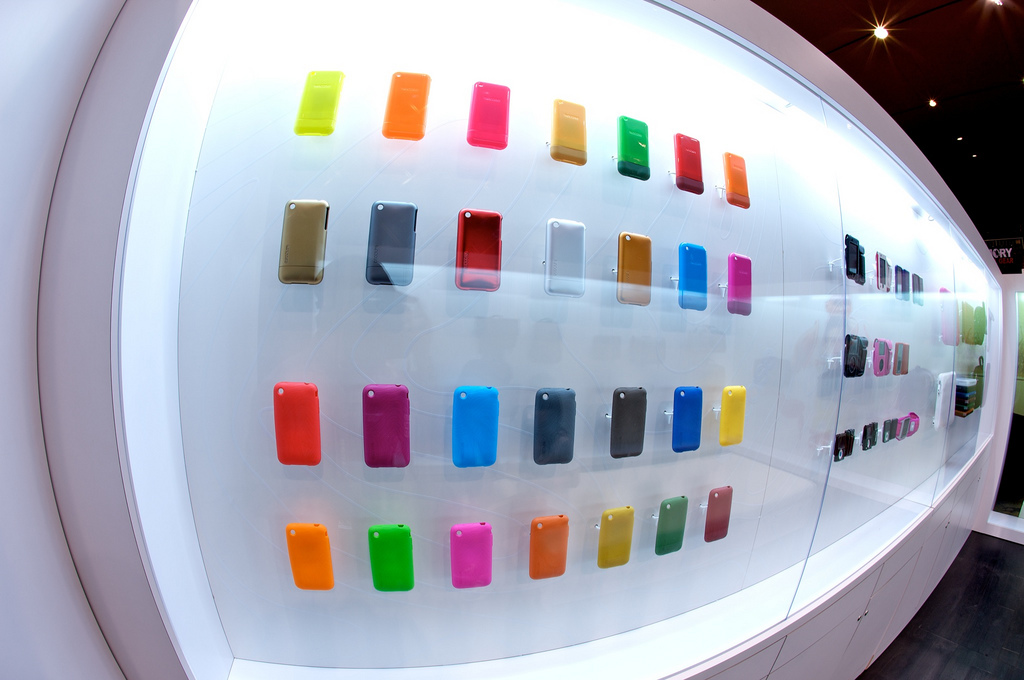 Will this be the year fashionistas can finally get an iPhone in their choice of color?

Topeka Capital Markets analyst Brian White issued a research note today indicating that a cheaper ‘iPhone Mini’ would be announced in June along with the next version of the iPhone 5, the 5S, and shipped in July.

The ‘iPhone Mini’ is not actually expected to be smaller than an iPhone 5 — except in price — but will have a curved back casing constructed with colored plastic, White says, and should be priced somewhere between $350 and $400, as opposed to iPhone 5’s $700 to $900 price tag. Naturally, there will be deals with carriers to get the phones for “free” with wireless plans.

That price point, White says, will be cheap enough for consumers, but also expensive enough for investors:

We believe this price point will provide relief for those investors concerned that Apple would be sacrificing too much margin or brand to serve the lower price band of the smartphone market.

Part of White’s information is in strong contrast to a report from KGI Securities’ Ming-Chi Kuo yesterday, which said that Apple’s iPhone 5, the new cheap iPhone, and the updated iPad Mini would all be delayed until perhaps October/November. This kind of discrepancy is not uncommon as analysts fish for details with industry insiders who may have only small pieces of the full picture. Apple attempts to keep a firm lid on any shipping timetable information or rumors. White is basing his report today on new information from sources in the Chinese consumer electronics world.

The new report also confirms that, in keeping with Apple’s long-standing practice of unveiling similar update models, the iPhone 5S will look almost identical to the iPhone 5, but will have a slightly larger camera, plus fingerprint identification technology for security.

Finally, White can’t confirm any larger-screen iPhone at the moment, although he said that such a development is “inevitable” and, in fact, absolutely necessary for Apple’s success in the size-conscious Asian market:

… we believe it is inevitable that Apple will need a 5-inch to 5.5-inch iPhone or “iPhad” if the Company wants to remain competitive in China and elsewhere in Asia. For example, during our meeting with a leading consumer electronics vendor in Asia, the Company discussed new smartphone launches with screen sizes that are well over 5-inches and meant to be flagship products in this category. This larger screen phenomenon has been a very clear trend during our Asia trip over the past two weeks and one that we hope Apple eventually embraces.