D-Wave Systems today announced Leap 2, a new version of its quantum cloud service for building and deploying quantum computing applications. Leap 2 is designed to help businesses and developers transition from quantum exploration to quantum production. D-Wave also promised that Advantage, its next-generation quantum system, will be available via Leap 2 this year.

Binary digits (bits) are the basic units of information in classical computing, while quantum bits (qubits) make up quantum computing. Bits are always in a state of 0 or 1, while qubits can be in a state of 0, 1, or a superposition of the two. Quantum computing leverages qubits to perform computations that would be much more difficult for a classical computer. Based in Burnaby, Canada, D-Wave has been developing its own quantum computers that use quantum annealing. In October 2018, D-Wave launched Leap, letting developers run their open source applications on its quantum computers.

At the time, D-Wave had about 80 customer applications built on its quantum processors. That number has more than doubled today to over 200. Applications so far have spanned protein folding, financial modeling, machine learning, materials science, and logistics. The company says it gleaned insights from the usage of thousands of users over the past 18 months to build Leap 2.

When D-Wave launched the first version of Leap, the company priced access starting at $2,000 per hour of QPU time per month. Leap 2 is a bit more flexible in that users can upgrade their account for additional time in customizable blocks of Leap “units” for different skill and investment levels. The units can be used for both the QPU and the hybrid solver service: 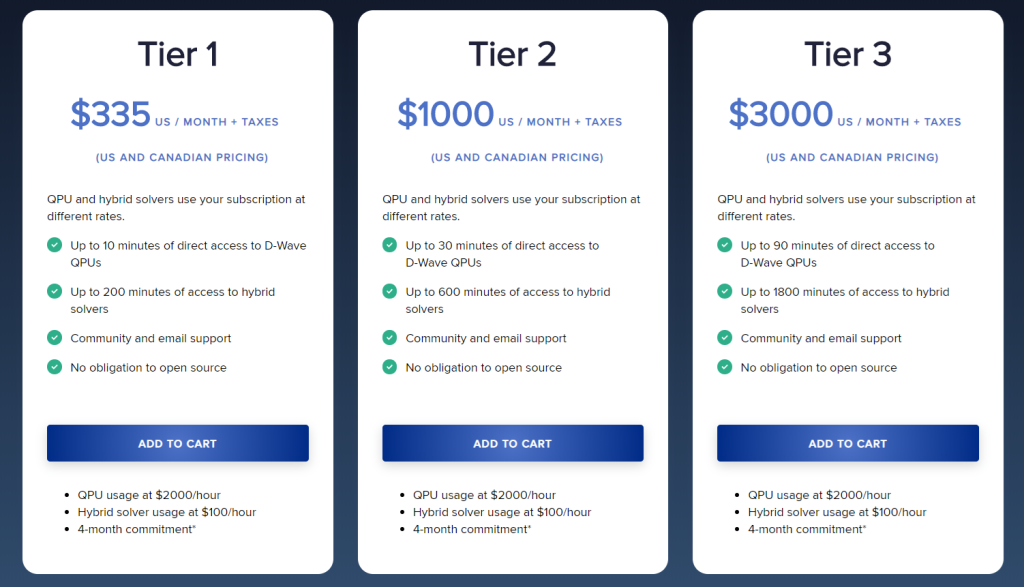 When you sign up for Leap 2, you get a free minute of direct quantum computing access time, which is equivalent to running between 400 and 4,000 problems. Leap 2 also includes 20 minutes of free access to quantum-classical hybrid solvers.

Doubling down on cloud