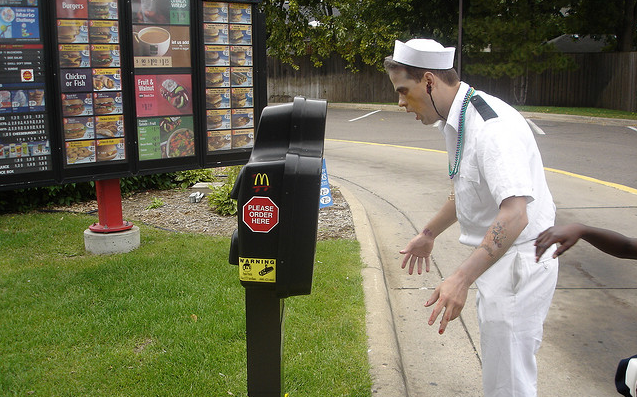 In an unusual move, two of the three underwriters of Groupon’s IPO started their research coverage of the Chicago-based daily deals company this week with the equivalent of a neutral rating. Credit Suisse rated Groupon a “neutral” and Morgan Stanley initiated coverage with an “equal-weight.”

According to the Wall Street Journal, Morgan Stanley analyst Scott Devitt said that only time will tell if Groupon is “a successful company, or just an Internet-induced fad.”

Goldman Sachs, the bookrunner on the Groupon IPO, started coverage with a buy rating, saying that Groupon’s scale would help it overcome the challenges of the daily deal business.

LivingSocial, the clear number two in the space, raised $176 million in private financing instead of doing its own IPO.

Deals that work for merchants are less attractive to consumers

A recent deal by LivingSocial vividly illustrates one of the biggest challenges that many analysts have missed: merchants figure out how to make daily deals work for them. As a result, the economics come down to earth, making them less attractive for consumers and daily deal companies.

Daily deal sites have benefited from the impression that they are marketing magic. In fact, they are just another form of marketing.

Here’s an example. LivingSocial recently offered vouchers for 5 Big Macs and 5 large french fries for $13, essentially half off the $26 retail price of the food. In two days, LivingSocial sold a bit more than 290,000 voucher packages.

Although that’s a large number, the Big Mac deal clearly didn’t sell like hotcakes compared with previous LivingSocial promotions. A $20 Amazon gift certificate for $10 sold 1.1 million vouchers in one day. A $20 for $10 promotion at Whole Foods sold out — 1 million units in less than a day.

That’s despite some changes that made it easier to buy more: McDonald’s deal was originally scheduled for one day and then expanded to another. Unlike the other deals, consumers could purchase two sets of vouchers. (According to Alistair Barr of Reuters, LivingSocial was prepared to sell up to 1 million vouchers.)

“We were very pleased with the sales of the McDonald’s deal, which broke the sales record for national fast food deals,” said Andrew Weinstein, a spokesman for LivingSocial.

Still, the deal sold less than 1/3 the volume of the others. The fundamental difference is that the McDonald’s deal wasn’t essentially selling cash for half off. The Amazon and Whole Foods credit were almost like having cash to spend; there were very few restrictions on how to spend them. The Amazon deal was in so much demand that people created multiple accounts so that they could buy more than the limit of 1 voucher. But when you get farther away from cash, people will buy less.

The McDonald’s deal is indicative of what more businesses will do in the future:

From a merchant perspective, this is absolutely the right way to structure a deal.

But McDonald’s has one big advantage that most small businesses don’t: Because its brand can draw people to LivingSocial, it gets a deal sweeter than a strawberry shake. On a $13 transaction, a typical daily deal merchant is getting about $6.50. It’s extremely unlikely that McDonald’s franchisees would tolerate receiving just $1.30 for a Big Mac and fries. In the past, franchisees have revolted against overly generous promotions. McDonald’s is likely receiving the vast majority of the $13, giving LivingSocial a much smaller cut.

Living Social’s U.S. local business is about 1/3rd our size in revenue (and smaller in GP [gross profit]) and has shrunk relative to us in the last several months. This, in part, appears to be driving them toward short-sighted tactics to buy revenue, like buying gift certificates from national retailers at full price and then paying out of their own pocket to give the appearance of a 50% off deal. Our marketing team has tested this tactic enough to know that it’s generally a bad idea, and not a profitable form of customer acquisition.

(Of course, it’s in Mason’s interest to say that. Aggressiveness by LivingSocial hurts Groupon.)

The Amazon deal specifically stated “Amazon.com is not a sponsor of this promotion,” implying that LivingSocial was paying for the discount out of its pocket. Amazon is, however, a substantial investor in LivingSocial.

For the Whole Foods deal, I estimate that LivingSocial paid Whole Foods between $18 and $20 per claimed voucher. LivingSocial CEO Tim O’Shaughnessy told Bloomberg Businessweek that more than 100,000 new subscribers signed up as a result of the deal. I’ll be extremely generous in interpreting O’Shaughnessy’s comment and assume “more than 100,000” means 150,000 people. At an $18 price per voucher, that leads to a user acquisition cost of $53. That’s roughly double Groupon’s extremely high cost of customer acquisition.

But LivingSocial is in a unique position. As a private company that is only about 1/3 the size of Groupon in terms of subscribers, it needs to grow its user base. It makes sense to do low-margin and negative-margin deals.

“We looked at all of the providers,” Peter Sterling, a vice president of marketing at McDonald’s, told Reuters. “For our restaurant system, LivingSocial was the best fit for us.”

As a public company, Groupon can’t run deals like this. Under the net revenue accounting that Groupon was forced to adopt, a zero-margin deal would also show up as zero revenue. It would also have the effect of dropping Groupon’s share of revenue, which is a number that investors should be watching very closely.

If LivingSocial continues to put pressure on Groupon through low-margin deals, Groupon will eventually have to respond.

There are other competitors waiting in the wings. According to Bloomberg, PayPal is preparing its own deals product to be launched in the first quarter of 2012. It hopes to tap into the service’s more than 103 million users.

In a typical payments transaction, PayPal takes about 3 percent of the transaction. Even if they charge 10 percent or 20 percent for daily deals, that’s still much lower than the 37 percent Groupon charged in Q3.

In short, the daily deals sites have a tough road ahead of them. But Groupon, as the market leader and as a public company, faces even steeper challenges than most.

Top photo: A zombie places an order at McDonald’s. Photo by Aaron Landry/Flickr.