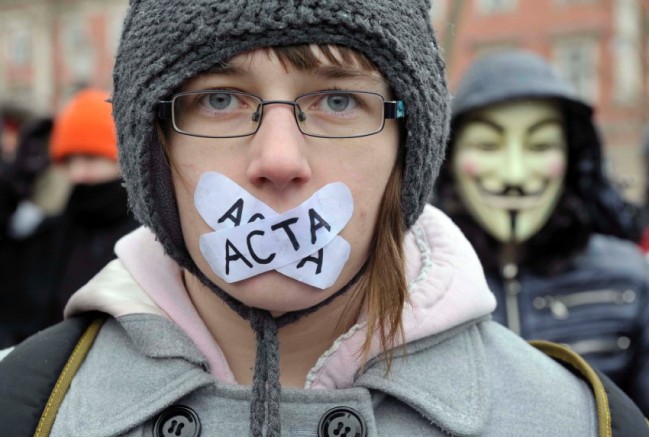 While Americans were busy fighting the SOPA and PIPA bills at home, nations around the globe, including the United States, were signing on to ACTA, the Anti-Counterfeiting Trade Agreement, which many in the world of technology feel is as bad or worse than the home grown piracy legislation.

“ACTA represents as great a threat to an open Internet as SOPA and PIPA and wasdrafted with even less transparency and input from digital citizens,” said California Congressman Darrell Issa. That’s why Rep. Issa is opening up ACTA to the public using an online platform called Madison, part of the #OPEN act introduced in January.

“This agreement was negotiated in secret and many of its vague provisions would clearly increase economic uncertainty, while imposing onerous new regulations on job creators, Internet service providers, innovators and individual Americans,” Rep. Issa said in a statement emailed to VentureBeat this morning. “Opening ACTA to taxpayers and stakeholder in Madison will help gather crucial input, while delivering the transparency they deserve.”

Negotiations around ACTA actually began four years ago, but the Obama administration only signed on in October of 2011, joined by nations like Canada, Japan, Korea and Australia. As Rep. Issa sees it, this is both an issue of intellectual property and legislative process:

No Transparency: ACTA is a multilateral intellectual property agreement that was negotiated in secret, excluding American taxpayers and key stakeholders who would be impacted by it. Despite the fact that ACTA has huge implications for the public, until now few steps have been taken to give the public input into this process.

Circumvents Congress & the Constitution: While ACTA carries several provisions that directly affect U.S. trade and intellectual property law, the Bush and Obama Administrations appear to have violated Congress’ constitutional authority over policymaking in these areas. Adding insult to constitutional injury, the Administration refuses to even classify ACTA as a treaty, which would then require ratification by the U.S. Senate. Senator Ron Wyden (D-OR) raised these troubling issues in an October 12, 2011 letter to President Obama.

Vague & Far-Reaching: Like it’s domestic counterparts SOPA and PIPA, much of ACTA is vague, with consequences for individuals and stakeholders that could reach far beyond the agreement’s original intent. ACTA also contains no safeguards against wrongful cases of intellectual property rights infringement.

We’ve embedded the document below so that you can go over the fine print yourself. Section 5 beginning on page 15 covers enforcement of intellectual property rights in the digital environment. A few highlights we came across: