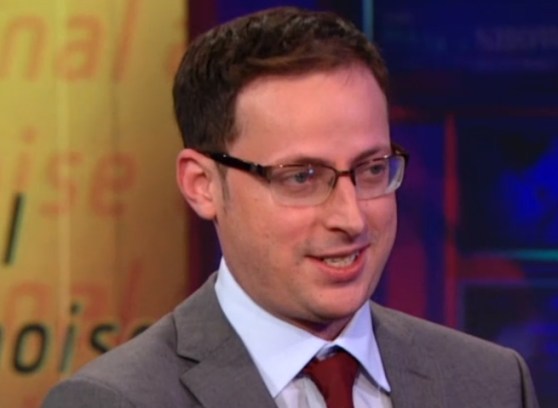 This is a guest post by data scientist David Smith

While I’m pleased with the outcome of yesterday’s election in political terms, I’m equally thrilled about the victory for data science versus gut instinct, philosophy and fundamentals.

This was nowhere better exemplified than on Fox News last night, were Republican strategist Karl Rove refused to believe the incoming returns, and broke out into argument with Fox’s own election analysts when they called the election for Obama. Even before the voting began, he was sure the Republicans had in the bag. He was wrong.

The battle between statistician Nate Silver and the pundits — especially on the right — was especially stark.

Pundits in the media have a built-in motivation to portray the race as a close one. Nothing drives pageviews like a horserace. But their refusal to admit the high probability of an Obama win was a classic case of tradition versus data science. They viewed data scientists as nothing more than glorified spreadsheet jockeys.

The pundit class, once valued for their instinct, insider knowledge and “expert” analysis, was clearly threatened by this successful use of data and facts. [Editor’s note: Indeed, VentureBeat will be discussing how leveraging “big data” is one of the biggest trends impacting the wider economy at its CloudBeat 2012 conference later this month.]

I’ve been following Silver’s FiveThirtyEight blog since before the 2008 election (well before it was acquired by the New York Times), and I’ve always admired his methods from a statistical point of view. His forecasts are much more than simple poll-averaging, and the reasons for his success are manifold:

All of this leaves Mr. Romney drawing to an inside straight. I hope you’ll excuse the cliché, but it’s appropriate here: in poker, making an inside straight requires you to catch one of 4 cards out of 48 remaining in the deck, the chances of which are about 8 percent. Those are now about Mr. Romney’s chances of winning the Electoral College, according to the FiveThirtyEight forecast. All of these points are an excellent example of data science in practice. Silver combined his statistical analysis skills, his statistical software and data-wrangling prowess, and a deep understanding of polling, economic influences, and above all the Electoral College to create a winning model. He deserves his success, and I hope it convinces those in the media that data is more powerful than punditry.

David Smith is an R evangelist, data scientist and blogger with a long history with the R and statistics communities. After graduating with a degree in Statistics from the University of Adelaide, South Australia, he spent four years researching statistical methodology at Lancaster University in the United Kingdom, where he also developed a number of packages for the S-PLUS statistical modeling environment. He leads marketing for Revolution Analytics, supports R communities worldwide and is responsible for the Revolutions blog.