Phoenix Labs has launched its monster-hunting multiplayer game Dauntless on the Nintendo Switch today. It is part of a number of new indie titles that are making their way to Nintendo’s hybrid console-portable platform.

The free-to-play co-op action game already has more than 16 million players (at last count) on the PC, PlayStation 4, and Xbox One. So now Switch players will be able to play the same role-playing game with their friends on other platforms, fulfilling the developers’ dream of creating One Dauntless, said Hunter Howe, design director at Phoenix Labs, in an interview with GamesBeat.

Iron Galaxy worked with Phoenix Labs to create the Switch version. Players can hunt Behemoths across all devices, and switch between the devices without losing any progression. Today also marks Dauntless’ debut in Japan on all available platforms, featuring full localization with subtitle and character support.

“Our goal was to get this out before the end of the year, and Iron Galaxy enabled us to do that,” Howe said. “It’s been a lot of work over the last few months. In this case, we didn’t have to re-create a lot of the game. Some optimizations make it run well on the platform, and there are control differences. But it was a lot less change than you might think. This is going to be great for the holidays, as players will be traveling and they may have to move to different platforms.”

Stormchasers includes the challenging new gameplay experience Escalation, a new type of sequential hunt that features dual Behemoth encounters in addition to a number of elements of the “rogue-like” genre. Escalation culminates in a showdown against a big threat — the shock-infused Behemoth Malkarion. Stormchasers also heralds the arrival of a new Hunt Pass, Myth & Legend, which offers slayers the opportunity to explore the history and heroism of Ramsgate.

“We had to make sure this plays nicely with our other consoles and make sure the integrated voice worked well on all platforms,” Howe said. “Crossplay has been part of our strategy for a while now. From the very beginning, we wanted One Dauntless, where you could slay awesome monsters with your friends wherever they are.” 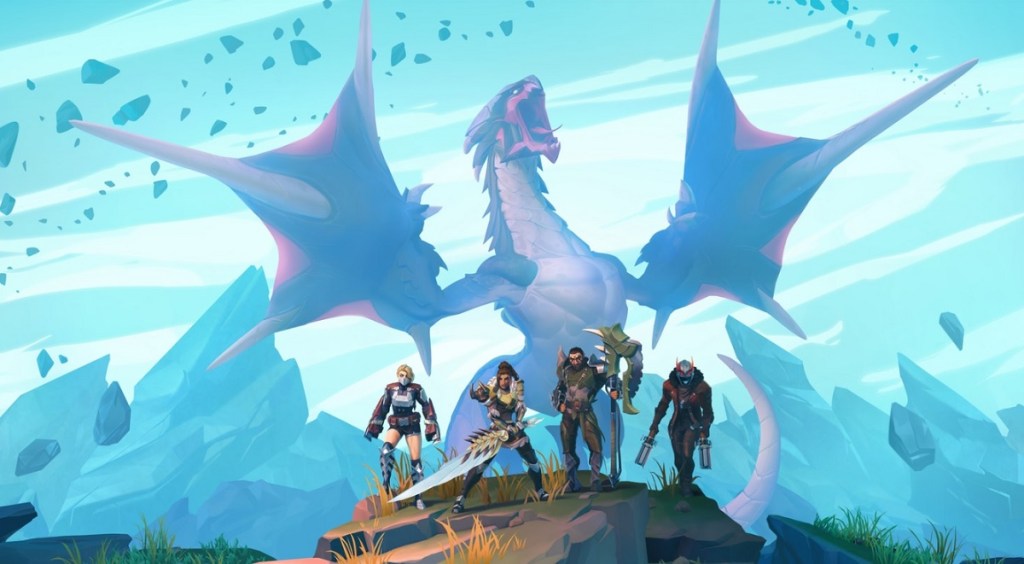 Above: Dauntless is already at 16 million downloads.

Dauntless’ Escalation challenges Slayers to beat waves of Behemoths imbued with unique modifiers, presenting some of the most challenging battles Slayers have come to face yet.

Escalation offers procedurally-generated Behemoth encounters, ensuring that no run feels the same. Slayers can choose from a variety of Amps that offer a range of defensive and offensive boosts following each successful encounter, and unlock more using talent points earned through Escalation runs.

Earning a high enough Escalation level by the end of the fourth encounter gives Slayers the opportunity to face Malkarion. Malkarion is the first Behemoth in Dauntless that gives Slayers a chance to mount their prey, and its unique move-set introduces a number of mechanics that will be tough even for veterans.

“Malkarion adds a new element to the game,” Howe said. “The idea of Escalation hunts is that they add a slightly longer form experience that we is almost rogue-like, where you are up against a random assortment of Behemoths, and then you go on to fight the current seasonal big Behemoth. Then you can get legendary weapons that drop as loot out of that gameplay.”

Phoenix Labs was founded in 2014. Howe said the company plans to complete it cross-platform work on Dauntless next year with the upcoming launch of mobile versions of the game.