Phoenix Labs’ plans for 2019 are rather … dauntless … as we learned tonight at The Game Awards in Los Angeles. The indie studio is bringing its online action-RPG, Dauntless, to the PlayStation 4 and Xbox One in April, with later moves to the Nintendo Switch and mobile platforms.

And it looks like Fortnite is going to have some cross-platform company on Sony’s console when it hits PlayStation 4 and Xbox One. Dauntless is already already on PC. It’s calling this “One Dauntless,” which will offer a single login on all platforms in which the online game — think a free-to-play take on Capcom’s phenomenal Monster Hunter series — appears.

“The current plan is to launch on both consoles simultaneously, along with Epic’s new platform, the Epic Games store. Our vision for One Dauntless, the cross-platform system that will enable you to take your Dauntless account with you wherever you go, is still evolving and growing in real time,” said Phoenix Labs cofounder and CEO Jesse Houston over email.

The studio also announced its Frostfall Holiday event, a Hunt Pass, and a new beast to hunt: the behemoth Valomyr. 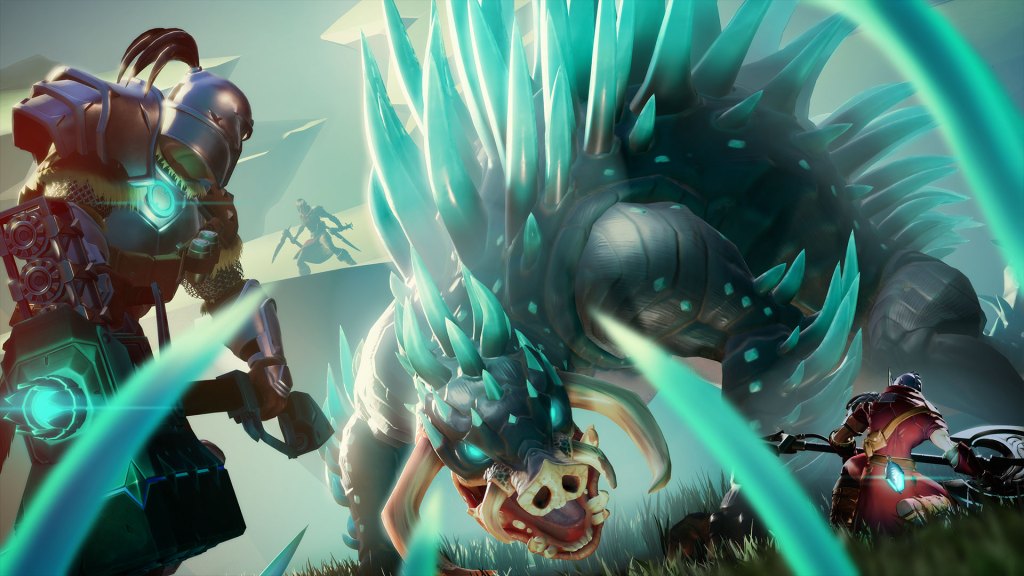 Above: OK, who got the big idea to cross a giant pig with a porcupine?

Dauntless got its first expansion in August, when the free-to-play multiplayer game had more than 2 million players. Houston says they’re closing in on 3 million players and might crest this mark before New Year’s Day. The April console launch date, he adds, enables Phoenix Labs to deal with any issues getting through certification while setting up a series of events leading up to Dauntless’s PS4 and Xbox One debuts.

“One Dauntless” will work on all platforms, and you’ll be able to carry over your character, progression, customization, and any items you’ve purchased on any device.

The Frostfall update launches today. As the name implies, the Shattered Isles (the setting for Dauntless) is in for a big chill. This also brings in a new behemoth (the beasts you hunt) — Valomyr. Phoenix Labs is also ushering in a $10 Hunt Pass, which offers a bevy of activities, challenges, items, emotes, and cosmetics.