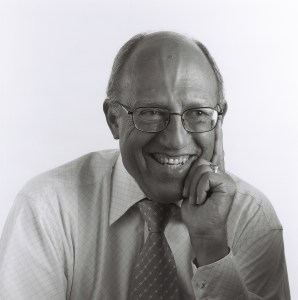 Venture capital firms and technology start-ups remain relatively immune from the Wall Street mess, but potentially that could change.

VC firms, for example, rely on large banks, endowments and pension funds for their cash. If enough of a VC firm’s so-called “limited investors” default, or get scared and run, the VC firm may be forced to close. So far, things haven’t gotten nearly that bad for that sort of drastic step to happen, even for VC firms that are relatively exposed.

However, what most people don’t realize is that there’s a vibrant market now for those limited investors — be it university endowments, or Wall Street investment banks — to unload their ownership stakes in VC firms. This market is called the “secondary” market, because it offers up a way for an ownership stake in VC firm to be sold a second time.

We talked with David de Weese, a partner at Paul Capital Partners, a firm that buys from those who want to sell their holdings in VC or private equity firms. He’s in touch with all sorts of institutions that are panicked by the Wall Street mess, and looking to unload their stakes. We talked with him on Friday.

VB: What has been the effect of the past week’s turmoil on the secondary market?

DdW: Most of the press is about banks and insurance companies. I would say that banking’s exposure to buyout [private equity funds] has been massive relative to exposure to venture funds. That’s not to say venture funds aren’t impacted. What you see more often is that banks, with exceptions like Silicon Valley Bank, didn’t really commit capital to the venture side of the business. They made huge commitments to the buyout side because they were trying to make as much money as they could with leveraged lending. With leveraged lending gone, with a lot of write-downs, they are no longer interested in committing money to the big buyout groups.
VB: As investment banks morph to become traditional lending banks, will that create changes too?

DdW: Oh yes. When you’re regulated like a [lending] bank, you have to meet much more rigorous regulations that measure your tier one capital. They make it much more expensive for banks to hold private equity. Until the recent changes became effective, a bank could treat its commitment to a venture fund the same way it did any other loan. It was like a tier one capital reserve of 8 percent against the value of that asset. If the bank committed $50 million to a private equity fund or venture fund, they had to reserve 8 percent, and only if the capital was called down. Under the new regime, they have to preserve 15 percent or 35 percent of the value of the assets, based on whether they are considered higher-risk or volatile assets. And they have to reserve that percentage of assets when they make the commitment, not on the capital call. That makes it more expensive for a bank to hold those assets. That would discourage a bank from bulking up on private equity.

VB: Which banks have venture arms that might be spun out?

DdW: Lehman has one. Other banks may still have them too in the U.S. and Europe. It’s harder to define venture today because a lot of the ventures funds have have moved “up market.” They do much later stage deals…Few banks have done really early-stage venture. In the late stage, banks often thought they would be in an asset for 18 months so that they could get a shot at the IPO banking business.

VB: What effect will the federal bailout have?

DdW: It’s a positive to have the bailout. Clearly, the selling banks have determined they were no longer interested in putting capital into private equity. If the bank had a buyout group — like JP Morgan, which spun out a big capital buyout group — those guys were buying big businesses. The big businesses typically only had one round of funding. It’s kind of an LBO and it’s done. They aren’t fragile businesses the way that venture capital is. There is much more risk in venture capital [investments] because they need more rounds of financing, particularly since the IPO market is shut…

VB: How are prices in the secondary market?

DdW: Prices have come down, just as they have for the public stock markets. Over the last six months, prices have corrected. It’s hard to make a blanket statement. If an institution holds assets at death’s door like Lehman, they won’t get a good price. If you are a healthy bank, you can get a higher price. You wait and run a process that is more deliberate. But in private equity and venture, prices have corrected.

VB: What’s the impact on investments into VC and priate equity funds?

DdW: It’s very difficult coming up with new funds. With economic headwinds out there, most investors were providing capital for venture and private equity funds, right now they have their heads down and want to know what their portfolios look like. You’d be hard pressed to find investors making new commitments to the market. Unless they are top tier. Sequoia Capital can raise money (and it has). How long that’s going to last? I can’t say. My general feeling is it is 12 to 18 months of tough slediding. I think general partners will reduce the size of the funds that they raise. Blackstone Group was out trying to raise a $20 billion private equity fund and they stalled. Two years ago, it would take them three months to raise that. Madison Dearborn tried to raise $10 billion and they settled for $7.5 billion.

VB: Which funds will have a tough time?

DdW: The funds of late 2005 to 2007 are going to be bad vintages. Investors are waiting to see how those turn out. People lived in a dream world where capital would be free from banks and valuations would always go up. They overpaid. In the venture space, people were used to working together. They put groups of syndicates together. In the buyout space, it was always an auction. There was a lot of competitive dynamics. It was a question of how much money can I borrow? How cheaply can I borrow it? They were paying much high prices than justified, given the downward economy now. The bubble in the buyout space lasted from the last half of 2005 to first half of 2007. Those years weren’t great for investments. There was a lot of debt on them. What you’ve got is assets that are trapped in a fund where there is no exit. There will also be a jolt in the system for limited partners who invested in those funds. All of these new rules will bite buyout side much harder than venture. Auditors will force that. I was at an annual meeting of a big buyout fund where they told investors to expect write-downs of 20 percent to 30 percent. The auditors are saying look at the valuations of similar public companies for the private ones in the portfolio. That’s what the new valuations of the private equity-backed companies will look like. You have to market it down. The write-downs will flow through to the limited partners. I see more pain in the buyout space than there will be for the venture funds.

VB: Is there going to be an economic meltdown?

DdW: I happen to be a bit of a pessimist. A Merrill Lynch analyst noted on the S&L bailout in 1989, it took a year for stock market to hit bottom, and two years for the economy to bottom, and a few years for real estate market to bottom. It’s not entirely clear how much good the bailout did. Same thing in Japan. It took five years to hit bottom. The current problems are heavily the result of a real estate bubble. If you look historically at cycles of real estate, they are long. Peak to trough is five years or longer. I don’t know if there is anything you can do where people will rush out and buy houses. The overbuilding was so massive. There are eight million households that have mortgages today that are larger than the house is worth. I am of the view that the U.S. economy will go through some serious trauma for the next 18 months.

VB: I guess people will be looking overseas for havens?

DdW: You have to be careful overseas as well. I think there are European banks in as much trouble as U.S. banks. All the focus so far has been on the Lehmans. I think there is a lot of trouble you can see in local city and regional banks who have other kinds of problems. Banks have to do business with other banks. Right now they won’t do it. A willingness to lend is the lifeblood of the banking business.