I listened to all 72 presentations at the DEMOfall 08 conference in San Diego and I am bone weary from it. They were only six minutes each, but listening to every single one — though I’ll admit I didn’t pay as close attention to some of the less interesting ones — takes a lot of concentration. Then trying to cut a list of 72 down to 10 is tough. But getting to the winner wasn’t hard in my opinion. As I found at past DEMOs, one stood out. Here’s the list: 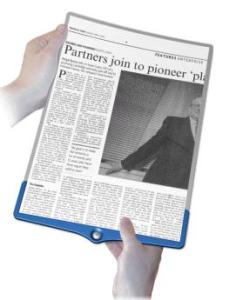 1. I thought the best company was Plastic Logic. Maybe that’s my bias towards hardware, or in this case plastic, coming out. Their flexible plastic display for reading black-and-white versions of magazines, books, and newspapers could really help those industries make the leap into the digital world. A lot depends on how this company, which raised $200 million to date, executes on its manufacturing. But logically, their costs should be 40 percent lower than comparable silicon electronics. The display can bend and it can take abuse. It’s light and has a lot of battery life. We’ll just have to see what the initial pricing will be. That will make all of the difference in whether the technology is accepted as it launches next year.

2. Rebus Technology was pretty old to be at DEMO. But this 1990s document-scanning company showed up with a futuristic technology: Recollect Desktop. It can find what is on your computer like Google Desktop. But it will also search through the words of all the documents stored on your computer so that you can find things much more easily. It can find words scanned into Adobe PDF documents as well as search through words stored in any attachments in your email. 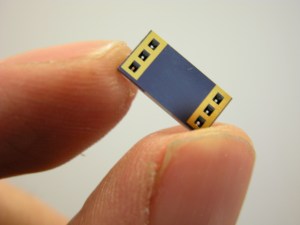 3. Turning mechanical parts into silicon is still reaping benefits. So-called MEMS (micro-electro-mechanical systems) chips can encapsulate tiny mechanical functions in devices built in chip factories. Such chips are the reason why the iPhone and the Nintendo Wii game console controller can detect changes in motion. It’s why car air bags deploy based on a sudden change in acceleration. And Microstaq is using a MEMS chip to replace valves in air conditioners that control the flow of water. The company says it can use those chips to power air conditioners that consume 20 percent to 30 percent less energy.

4. A lot of people want to knock Quicken off its perch. But maybe that’s too lofty a goal. Rudder delivers a one-page financial update in your daily email that will help you keep an eye on your finances so that you don’t miss paying bills or let your bank balance slip to zero.

5. Semantic search may be a superior way to find things, but it’s hard to get people to switch off something as giant and “good enough” as Google Search. Semanti has figured out how to enhance Google Search so that it can seem like it’s delivering more advanced results. The company’s semantic search engine is layered on top of Google’s results. If you type in Apple, it will ask if you mean the fruit or the company. Then it delivers the usual Google results but will highlight the ones that it thinks are relevant and fades the text on those that it thinks are irrelevant. And if you search for a car with either good mileage or fuel economy, it knows what you mean. 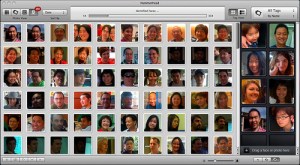 6. Blue Lava Technologies showed off iLovePhotos as a better way to organize your photo collection using face recognition. If you draw a box around someone’s face in a photo and identify it, it will find all of those photos on your machine. Maybe it’s just a neat feature that belongs in someone else’s photo software, but it is nevertheless cool.

7. Why do we need another travel site? TravelMuse answered that question by creating an intuitive trip-planning tool that multiple people can use to stage a trip together and then book it.

8. Fusion-io came up with a way to make data center storage cheaper by using flash memory instead of hard disk drives in large-scale storage boxes. One of the keys is the speed at which the Fusion-io card can transfer data. It can also save on hardware and energy costs.

9. Maverick Mobile Solutions provided comic relief. The company has software that can lock down a cell phone if it is lost or stolen. From afar, it will erase your contacts on the stolen phone and move them to a new phone. But anytime the thief tries to use the phone, it will notify the user and also set off a blaring alarm that sounds like a fire engine. 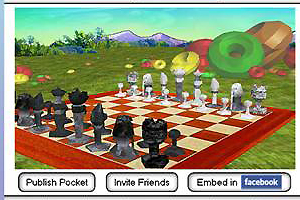 10. Another demo that made me smile was Wild Pockets from Sim Ops Studios. This Carnegie Mellon University spin-off has created a tool that lets anyone create a 3-D game with realistic physics. It adds some social pizazz by allowing more than one person to create objects and scenery in the game at the same time, so you can actually jointly create a game with a friend. Game developers aren’t likely to use this to create the next version of Halo, but casual fans and hobbyist developers could put it to plenty use.