Let me just start by acknowledging the obvious: I am an old man now.

That puts me at that age where we used to joke that people like me didn’t know how to program the VCR. (Note: the VCR was a machine into which you inserted a magnetic tape to either watch or record a show. Trust me, this was a magical thing in its day. If you’re too young to have ever used a VCR, well, I resent you.)

Anyway, this brings me to today’s old-man cranky rant.

I updated the Facebook mobile app recently and was floored by the realization that it had become the thing that I had no idea how to program.

But in the rush to suffocate Snap, Facebook seems to have lost sight of the wondrous power of simplicity. And now when I launch the Facebook app, I am presented with a confusing array of options that have massively over-complicated the simple desire to take a photo and share said photo.

I open the app. That much I can still manage.

Now, to take a picture. I can apparently just tap on the box to create a post and then tap the Photo button and then upload or take a photo. If I take a photo from here, it presents me with one type of camera application. 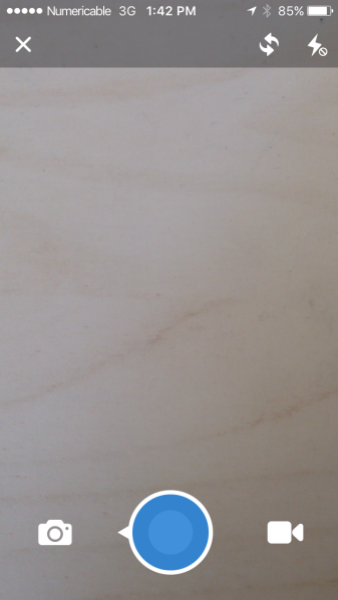 I can take a photo, apply filters, edit it, and so on. And then I post it to my newsfeed. Okay, seems like old times. But with filters.

If I make the mistake of glancing at the top of the application, the options become bewildering. There is the white camera icon at the top, which takes me into Facebook’s Not-Snap Snapchat clone: 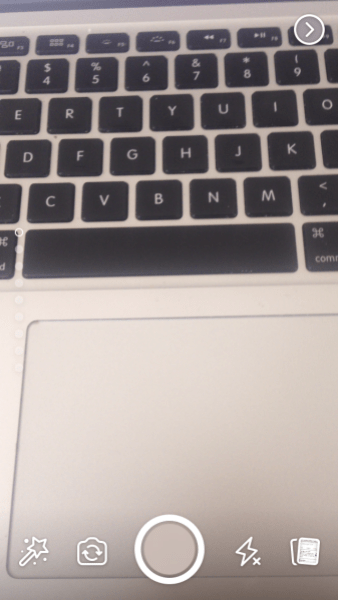 Here, I can start doing Snapchatty things like adding effects and faceswap stuff and AR something or other with sound and animation and all sorts of fancy whatnot. By the time I’ve sorted through all my options, my hands and fingers are cramping, and if I’m taking someone’s photo they’re giving me the finger by now after standing around for 45 minutes while I try to figure all of this out.

So, I take the picture. And now….more choices!

Or! I can send it someone “direct”: 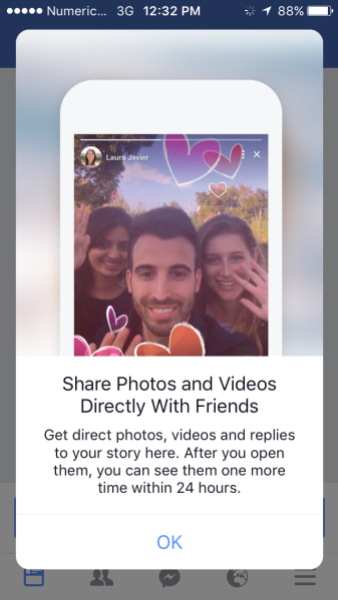 Okay. No one has sent me a photo direct. When I was younger, we just used to send photos directly through the message function, which has now become Messenger, which don’t even get me started on that. 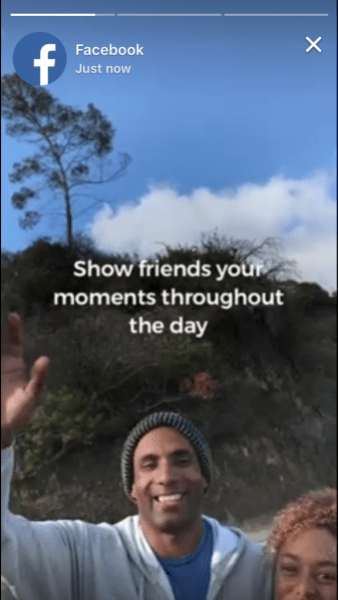 Of course, now I have Stories in the Facebook app AND on Messenger AND on Instagram. Which has the cumulative effect of leaving me feeling like I need a personal assistant (human, not some crummy half-assed chatbot) to review all this and help me stay on top of all the stuff my friends have mistakenly come to believe somehow matters to me.

And none of this even gets into the Live function, which now allows me to just bombard everyone in the moment with a direct live feed, which I can also do on Instagram.

A couple of years ago, I wrote about how critical it is for a company to retain a core identity even as it grows and expands. It’s what I called Evernote’s 5 percent problem. Piling on too many features just because you can, over-engineering just because you want to make sure you offer everything that everyone else offers, can blur the definition of what your product actually is.

Facebook used to be my social networking app. Relatively simple and elegant. Now it’s a hyperactive Snapchat clone for people like me who don’t really use Snapchat to dissuade me from trying Snapchat and really getting into it. It’s a cover-all-your bases and being-everything-to-everyone app.

It other words, by trying to be everything, it could slowly become nothing.

But hey, maybe it’s just me because really, I’m getting too old to learn all these new tricks. Just give me back my VCR and I’ll be quiet.