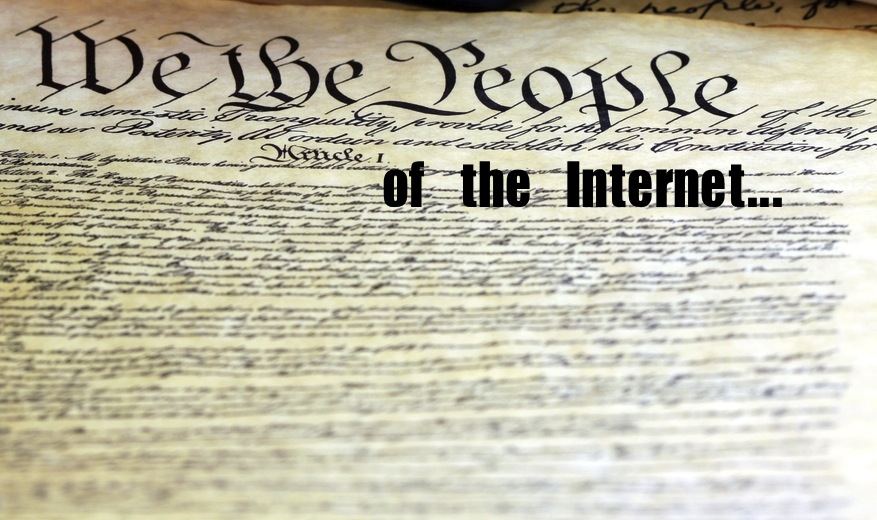 A group of SOPA/PIPA’s greatest opponents has come together to create the Declaration of Internet Freedom, a move to protect the Internet from censorship.

The declaration comes from a consortium of those who opposed the SOPA and PIPA laws that were shot down in January after a months-long battle between Congress, Hollywood, and the general Internet public. The laws were intended to help content creators be more in control of their intellectual property and be able to take action against websites that use that content illegally. But the details of the bills didn’t sit well with Internet leaders, who felt they could lead to censorship.

If a website was found infringing on a company or individual’s rights, it could be quickly blocked by Internet service providers, stripped from search results, and prevented from conducting business or connecting with services such as PayPal. This sort of interruption is scary for the millions of people who have built their companies online who feared their sites could be taken down without warning if the bills passed.

The coalition formed to oppose SOPA and PIPA, but now that those bills have been shot down, the group wants to ensure the Internet stays as open as possible. A number of well-known organizations have also signed the Declaration of Internet Freedom, including Mozilla, Y Combinator, and Amnesty International. Individuals who have signed the declaration include Reddit co-founder Alexis Ohanian, former White House chief technology officer Andrew McLaughlin, and Cheezburger Inc. chief executive Ben Huh.

You can see the full Preamble and Declaration below:

We are joining an international movement to defend our freedoms because we believe that they are worth fighting for.
Let’s discuss these principles — agree or disagree with them, debate them, translate them, make them your own and broaden the discussion with your community — as only the Internet can make possible.

Join us in keeping the Internet free and open.

We stand for a free and open Internet.

We support transparent and participatory processes for making Internet policy and the establishment of five basic principles: