Eric Risser, chief technology officer of Artomatix, made a presentation on stage and accepted the award from Jeff Herbst, vice president of business development at Nvidia. Artomatix makes life easier on video game artists by automating the process of creating art for massive virtual environments.

If, for instance, a game needs a lot of extras milling about in a train station or a stadium, that usually requires the work of a ton of artists who are in charge of creating secondary for a game. But Artomatix can automate that process by coming up with variations on a theme and reproducing them in the style of the artist, Risser said.

“It’s an emerging area that we call machine creativity,” Risser said in an interview with GamesBeat. 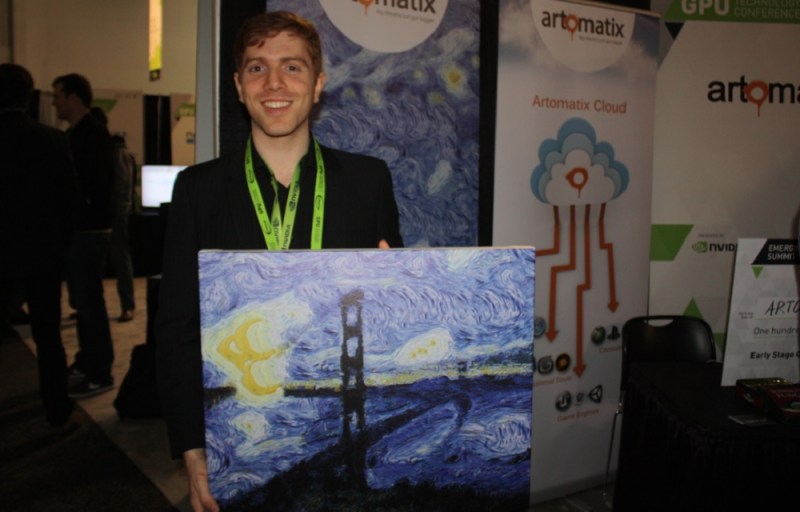 Above: Eric Risser of Artomatix.

The task requires a lot of “deep learning,” or the ability to recognize images, understand what they are, and then produce variations on them. Game companies that use Artomatix could automate the drudgery for artists. That lets them get by with fewer artists, or build much bigger worlds than they otherwise could. The human artists, meanwhile, could focus on more interesting tasks like creating the primary art of main characters and other vital images for a game.

Artomatix is based in Dublin, Ireland, and it has raised $250,000 to date. It was founded a year ago. In a demo, Artomatix showed how it could take the art of Van Gogh’s Starry Starry Night painting and merge it with an image of the Golden Gate Bridge, in an automated fashion.

Earlier today, five new startups delivered pitches about the clever ways they’re using visual computing technology — like mapping your home so that you could play with virtual game characters in it or processing and recognizing faces in a crowd in real time — at Nvidia’s big tech event today.

But the Early Stage Challenge competitors included only companies that had raised less than $1 million to date.

The 12 companies in the Early Stage Challenge made the presentations at the Emerging Companies Summit at Nvidia’s GPUTech conference. Nvidia gives out prizes to the best companies that make use of its graphics processing unit (GPU) computing technology, where applications use these video card brains for processing tasks outside of graphics.

Jeff Herbst, Nvidia’s vice president of business development and also today’s host, said after the event that he is looking forward to Artomatix’s tools changing the way that games and other entertainment are made. He isn’t sure just how big it will become, but he liked how the company was solving a tough problem for game creators.

Saeed Amidi, CEO of the Plug and Play Tech Center and one of the judges of the challenge, said he liked how Artomatix’s tools had an immediate impact on making games, and were easier to judge in terms of real impact. Other companies had smart founders, but Amidi said he wasn’t sure if they would be just consulting companies in the long run. (Disclosure: Amidi is one of VentureBeat’s investors.)

Over the years, Nvidia has invested in numerous companies that have appeared onstage. Some, like Oculus VR, went on to big deals, as Facebook acquired that virtual reality goggle maker for $2 billion.

About 250 companies from 18 countries are presenting at the GPU Tech event, and Nvidia is giving away a total of $650,000 in prizes to these startups. 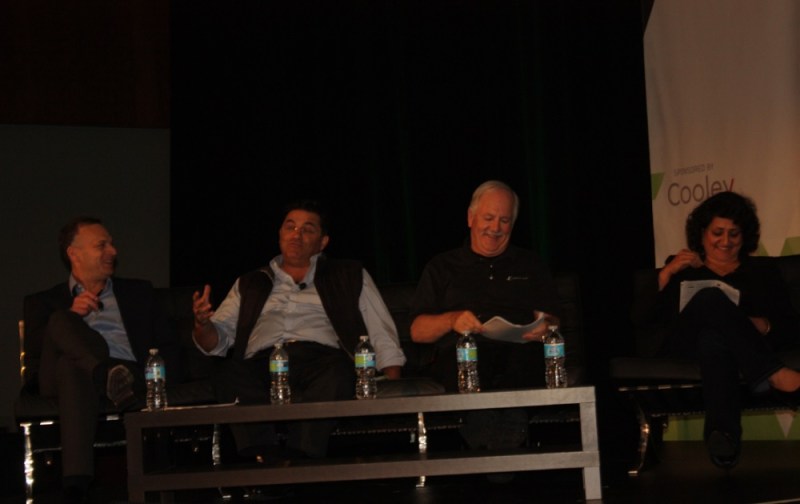 Here are the other finalists in the Early Stage Challenge: