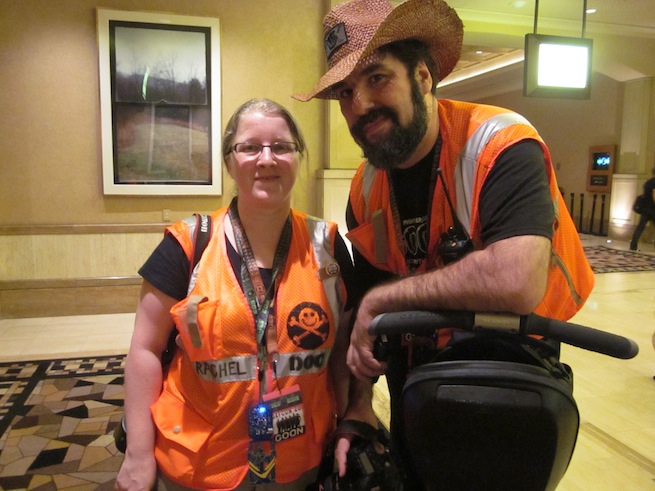 Def Con recently celebrated its 20th birthday, and to mark the occasion, the famed hacker conference welcomed something it had strictly policed in prior years: A film crew.

This year, Def Con creator Jeff Moss decided that someone needed to preserve the con’s history while it is still in its heyday. Def Con brings in tens of thousands of people to Las Vegas each summer to talk about hacker culture, new exploits, current security policy, and the computer underground. Indeed, Def Con is now a staple event for the most unlikely of groups: press, law enforcement, and hackers.

So Moss chose a film crew headed up by Jason Scott Sadofsky (pictured above), who is known in the industry for his documentary on the old bulletin board systems (the predecessor to today’s social networks) as well as his website Textfiles, which archives content from those systems.

“On the 20th anniversary, [Jeff Moss] wanted to do special things,” said Eli, who is otherwise known as “Dead Addict” in hacker circles and helped Moss create Def Con. “One of those special things was to try to capture the spirit of the event and the history of the event while it was still possible.”

A history worth preserving 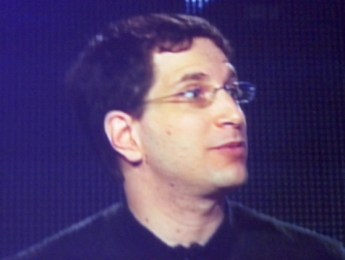 Above: Jeff Moss, the founder of Def Con.

Def Con began in 1992 as a small get-together that Moss, otherwise known as The Dark Tangent, helped coordinate after an online friend suggested they create a real-life gathering for people in their “bulletin board.” His friend, however, disappeared from the network after his father moved their family for a new job before the event ever happened (yes, people were actually disconnected from their friends due to a move back then), leaving Moss to put on the whole party by himself.

“Back in the day, back when Def Con started, people learned everything they knew about hacking and the computer underground by … searching out all these documents — which were hard to find, hidden in places — and trying to distinguish between bullshit and truth,” said Dead Addict.

Moss set the event in Las Vegas and invited all types of people connected to the “computer underground,” such as hackers, phreakers, police, and government officials. Thus was born one of the most unique characteristics of Def Con: its openness toward all people in the security industry. It even accepts us lowly security reporters.

But because of this, it needed rules.

“There’s a lot at Def Con that’s on the record. Every speech is on the record, things people say are on the record, but there’s also a lot of private conversations and a lot of people hooking up with the people that they know,” Dead Addict said. “[But] there are tourists here, as it were.”

The tourists are the Feds and the media. Hackers don’t love it when someone identifies them. At Def Con, they obscure their identities, sometimes wearing masks to panels, hoping to not get caught by the undercover cops who show up each year. Moss and some of the co-creators of Def Con, such as Dead Addict, decided that cameras and videotaping should be outright banned. You’d get thrown out for snapping a quick picture of the crowd because it disrupted the flow, because it made people feel uncomfortable. But the photography rules are starting to relax.

“To pretend there’s actual anonymity here was always delusional,” Dead Addict said. “We invited the Feds from day one to just highlight that, you know, you’re being watched. Don’t do stupid shit while you’re here.”

He went on to say, “Don’t commit large felonies with witnesses you can’t trust, which should be an obvious thing.”

A director, a Segway, and a whole lot of hackers 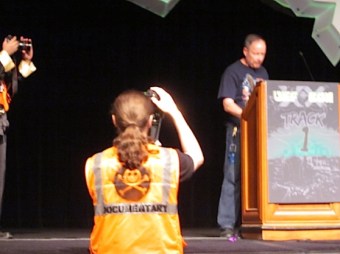 Above: The documentary crew wore bright orange jackets to make their presence known.

Flash forward 20 years to the latest Def Con, which took place in July at the Rio in Las Vegas. Sadofsky was milling around on a Segway, wearing a bright orange construction vest that said “DOCUMENTARY” on the back and with a hoard of cameras running around him.

“We worked very hard to make it so the film crew was totally obvious. We would travel in packs. That was on purpose,” said Sadofsky in an interview with VentureBeat. “When we came into a room, people saw us.”

This is not Sadofsky’s first go around at Def Con either. He has attended Def Con for 10 years, and the attendees and organizers alike know of him.

“Jason’s one of us, so there’s a deep level of trust that the entire community has for Jason,” said Dead Addict. “People that didn’t know him know his work.”

Dead Addict is directly involved in changing the photography and film rules. He says it doesn’t make sense to keep up the practice. This is especially important now that phones, tablets, and laptops can snap a picture fairly stealthily. But it also means the media will have an easier time capturing the essence of Def Con, its busyness, and the action.

“It was starting to seem ridiculous to have a much more restrictive rule for press than we have for our attendees because the distinction between bloggers and people that use interactive media and the official sanctioned press is very, very blurred,” Dead Addict said.”It seems a little absurd to not let the good photographers take photographs and to let everyone else take photographs.”

Over the course of Def Con 20, Sadofsky and his film crew interviewed over 200 people, 15 to 30 of which were sit-down interviews with Moss himself. In total, they recorded around 280 hours of footage. The crew itself was made up of Sadofsky, a few trusted friends — including Eddit Codel of Boing Boing TV — and some of his Kickstarter backers. He referred to Codel as his “ringer” and said he was “comfortable in a chaotic environment.” Those are good qualities to have, as Def Con is an inescapable organized chaos, with up to 12,000 people pushing through hallways to hear the next revered speaker show off their latest exploit.

When I caught up with Sadofsky last week, he said he was still “editing like crazy.”

“The plan is still to provide the documentary for free for Christmas, with a for-sale version with bonus material coming in the new year — early 2013, if I can make it happen,” he said.

Once the editing is complete, the feature film goes to Moss for the final cut. As Sadofsky mentioned, Moss plans to give it away for free, though Sadofsky hopes the con can make a buck off of its story. He sees no reason why Def Con’s organizers would “turn away from a TV network or film festival-type deal.” 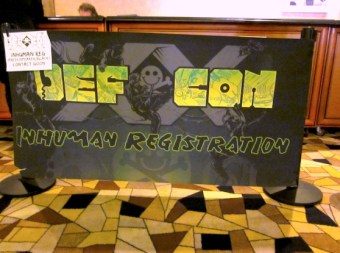 Above: The non-human (e.g. press) registration line at Def Con.

The film itself is not meant to be a yearbook and has no narration. Instead, Sadofsky wants the people to speak for themselves. Some of his favorite moments thus far include a couple of attendees who brought their children, and the sweet moments (yes, hackers can have sweet moments) when long-time attendees looked back on all their Def Con memories. Part of his inspiration for the documentary was The Dark Tangent himself. He describes Moss as a “mysterious figure who [attendees] see for a few seconds in the hallway.” Indeed, Moss told Sadofsky that he doesn’t actually know what happens at Def Con. He’s busy in the back, making sure the gears are turning, and misses out on much of the core of his own event: the people.