Three months after raising $25 million, London-based meal delivery startup Deliveroo is finally ready to expand beyond the U.K. with a launch in Berlin, Paris, and Dublin.

Founded in 2013, Deliveroo is setting out to differentiate itself from other food-delivery aggregation services such as GrubHub or Just Eat (a company that floated on the London Stock Exchange last year) with a focus on “premium.” But Deliveroo isn’t all oysters and foie gras — it’s more the kind of restaurants that you don’t normally find on other similar services.

While there are national chains such as Nando’s and Gourmet Burger Kitchen on there, there are also indie eateries such as Ollie Dabbous’ Barnyard and Martin Morales’ Andina. And to entice such eateries to sign up, Deliveroo offers its own drivers and cyclists to deliver the food, designed to bring a touch of consistency across the board.

Flush with cash following its $25 million funding round, the first phase of international expansion is kicking off now with localized websites for Germany (Berlin), France (Paris), and Ireland (Dublin). 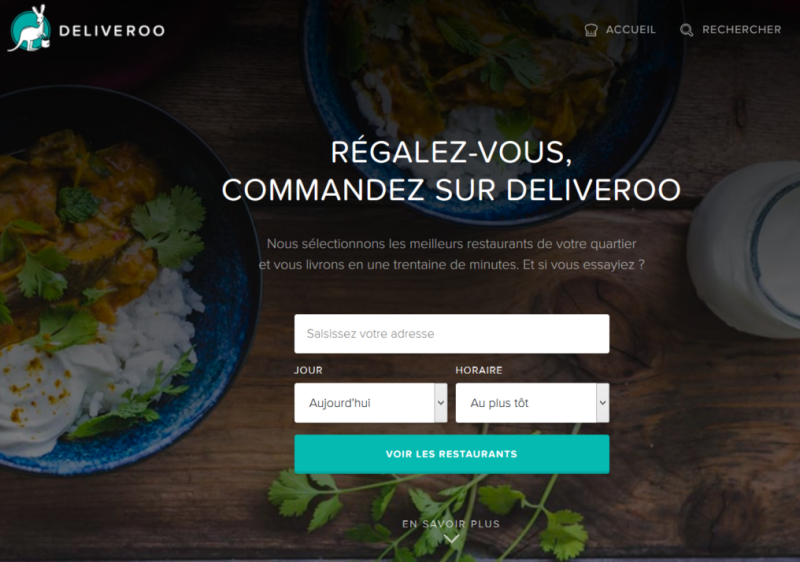 While the Dublin launch poses less of a cultural shift for Deliveroo given the similarities between Ireland and the U.K., with both countries offering similar chain restaurants and cuisine, France and Germany will require a slightly different approach.

“Berlin and Paris are culturally further apart from the U.K. and from each other, so are a significant step in Deliveroo’s international expansion,” explained Will Shu, Deliveroo CEO and cofounder, to VentureBeat. “Berlin and Paris have thriving food cultures, yet consumers have had to put up with a substandard delivery experience. Now, our full-service solution will enable them to enjoy quality food delivered quickly and consistently.”

Since launch, Deliveroo has drummed up a customer base of more than 100,000, mainly in London, though it has recently expanded to Brighton, Manchester, and five more cities across the U.K.  Plans are afoot to expand to 25 more U.K. towns and cities by the end of the year too, while the company says that it’s eyeing growth outside Europe, with “a number of markets in the Gulf states, Asia, and North America” piquing its interest.