When Chromebooks first made their appearance in 2011, I didn’t see myself ever becoming a part of the product’s target audience. I need something with a hard drive that can play games. I also need it to work like a tablet so that I can work on digital art.

But in the past year or so, Google’s suite of online productivity apps have dominated my pipeline. I can’t go a day without having at least three separate Google Docs windows open, and my phone is constantly vibrating in my pants with updates from my Gmail accounts. Something like the Chromebook, which sits between these two extremes — acting as my personal terminal to the Googleverse — suddenly seems incredibly appealing.

The cosmic ballet of our existence sometimes has impeccable timing, and Wednesday, when I wished I was writing articles on something — anything — but my old Microsoft Surface Pro, a Dell Chromebook 13 plopped onto my desk.

The Dell Chromebook 13 was obviously designed by someone who knows the pains of carrying their work machine around in the real world. How would I know that? The strange rubber backing. It’s smooth when cold, but it grips in the warmth of my hands. When it’s been slung under my arm on a five-minute walk, it feels like I could Frisbee-toss it into the street and produce a satisfying skid mark in the pavement. The substance grabs my skin and holds on, but it doesn’t cling.

If, for some reason, the Dell Chromebook 13 winds up on the floor, it’s not going to be because it was too slippery. It’s because I am a klutz.

The body of the Dell Chromebook 13 is about as thin as a MacBook, which means it easily slips into my bag without adding too much bulk. It also rests comfortably in my fingers as I cradle it down the street. It supposedly weighs 3 pounds, but that’s spread across a wide surface (the screen is 13.3 inches diagonally and total height to width is 12.93 inches by 9.03 inches), which makes it not feel like an annoying brick.

The typing surface has the widely spaced key layout that seems to have become obligatory for modern laptops. The backlit keys are rounded, with switches that feel like they have a low actuation. It feels like there is a microscopic resistance when I press, making activation feel like a pounce. Inputting is direct and purposeful.

The surface mouse pad is a straight rectangular design that requires pressure on the bottom left or right corners. It’s not exactly a new design, but I enjoy this setup better than having to feel for the right and left click buttons. My tactile senses are not confused about what I am hitting.

Hot air appears to be venting from the bottom, toward the back. That means heat is escaping down either your lower thighs or your knees, depending on how you sit the machine on your lap. Here’s the thing about leg burn on the Dell Chromebook 13 — the machine doesn’t get very hot. I partially chalk this up to how it doesn’t do anything super-intensive. It’s not as if I am gaming on this thing, after all.

As for what I can physically jab into the Dell Chromebook 13, the left side of the body contains a USB port (a second one is located on the right), an audio jack, an HDMI out, and a Micro SD slot.

I’m not sure what the specs are for the camera, but its resolution and quality seem reasonable for handling video chat applications. I mean, are you really going to take sweeping vistas with a Chromebook camera? Am I? No.

How about actually using the thing? 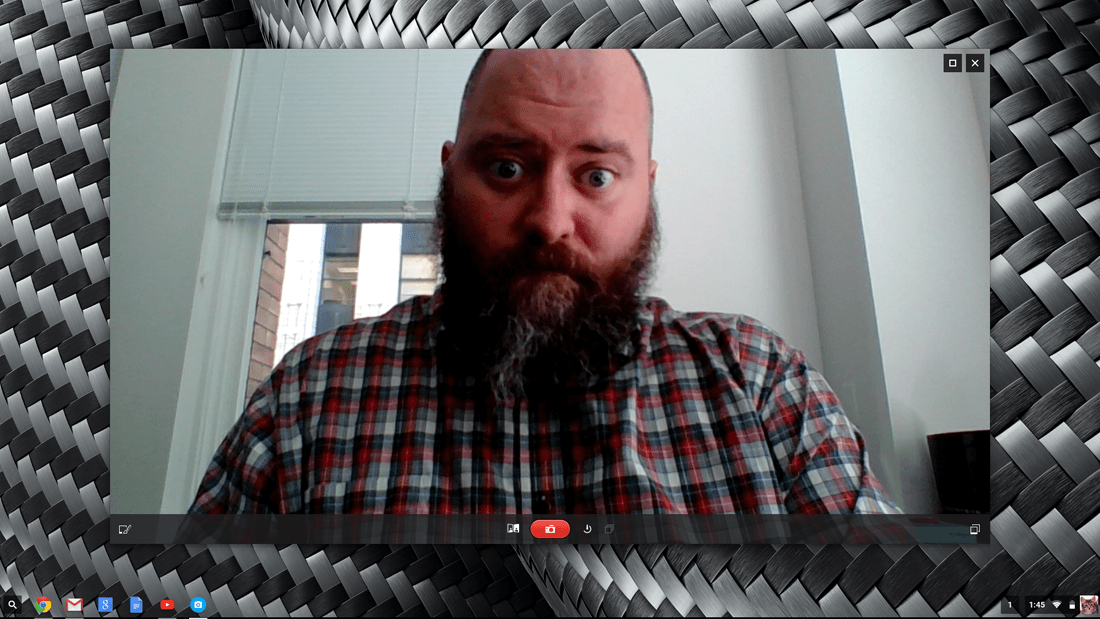 I definitely don’t see any reason to do anything intensive when I use the Dell Chromebook 13, given the nature of Chromebooks and how they are being marketed — even though I believe the CPU (Intel 5005U) and memory (4GB on most models, 8GB if you go high-end) is capable of low- to mid-end gaming.

This gives it battery life that lasts forever. I used the Chromebook 13 at home (after accidentally leaving the power charger at work) for an entire day without charging it up. Then I brought the unit back into work the next day and put in another few hours on it (writing this very review), and the battery is just now hitting the 50 percent mark. The fuel tank claims about 13 hours when fully charged, but obviously if you tend to take mini-breaks every few hours, like I do, and don’t run anything intensive outside of the Google suite, it’s going to last longer than that.

My only criticism is the price point. Dell is moving four Chromebook 13 SKUs that range from $450 to $650. There’s something about going over the $500 line when discussing a terminal machine that makes me cringe. Maybe I’m old-fashioned and overvalue things like big hard drives and a lot of offline capabilities?

Physically this is a great Chromebook machine, with a well thought out design that feels great to carry around and work on. The hardware performance is superb as well, for what it’s tasked to do, which in the long run isn’t much. It’s essentially a Google Drive machine, not a gaming or multimedia powerhouse, but that’s OK. Within the scope of a Google Drive machine, the Dell Chromebook 13 is a great option. So good, in fact, that I’ve adopted it as my main work machine for VentureBeat assignments.

The only shaky element about this product is the price. The higher-end SKUs of the Dell Chromebook 13 line are a bit steep for my wallet, especially when we’re not talking about a full-fledged laptop.

Otherwise, anyone looking for a Google-based work machine isn’t going to go wrong with a Dell Chromebook 13.

Dell provided VentureBeat with a Dell Chromebook 13 for the purpose of this review.