Dell has opened preorders for its Dell Visor virtual reality headset. The Visor, which is based on Microsoft’s Windows Mixed Reality headset platform, will begin shipping for $350 on October 17.

Touch controllers are available for $100, and the whole package, including headset and controllers, is available for $450. These prices are lower than those of other headsets, like the HTC Vive, and are just what the VR market needs to get on the growth path.

I got a look at the Visor at a preview event, and it is designed for comfort. Dell’s demo people told me that the headset has a soft cushion on the part that rests on your nose and face. That cushion has a small vent that doesn’t let in light but does allow air in. The air flows upward toward a hole at the top of the headset and helps prevent fogging from sweat.

Such things might seem small, but they could help distinguish the Dell VR solution from those offered by rivals such as HP or Acer, as just about every PC maker is embracing Microsoft’s platform for Windows Mixed Reality. Dell’s presence in this market, as well as that of its rivals, suggests VR is growing beyond its hardcore gaming niche. 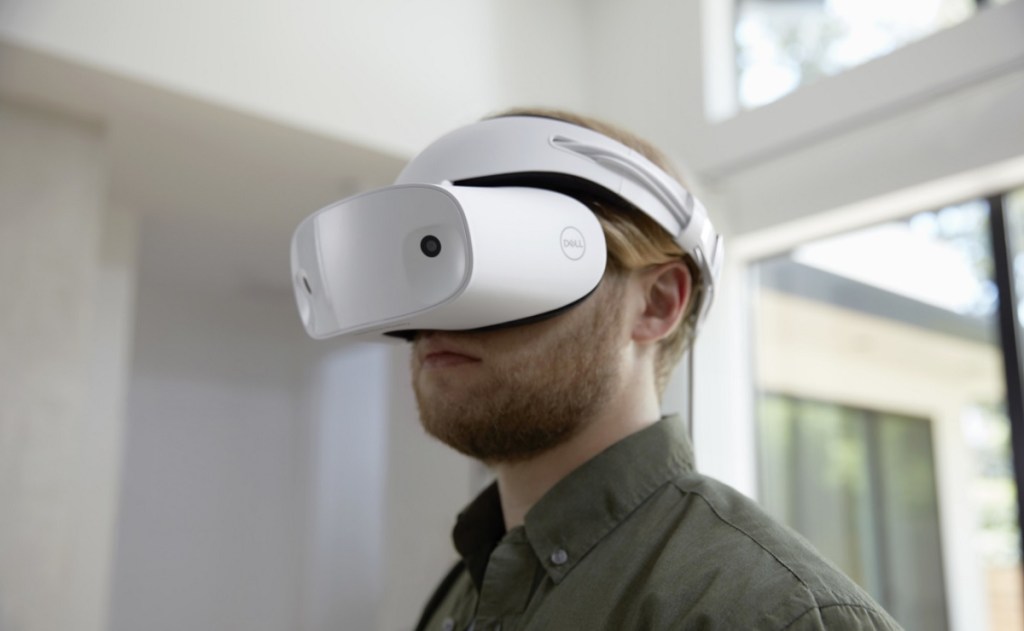 Above: The Dell Visor has holes that you can see through when you need to.

The headset will be available at Dell.com, Microsoft.com, BestBuy.com, Microsoft and Best Buy stores,  and other retailers starting in October. The Round Rock, Texas-based company views the headset as something that brings down the cost of VR, allowing it to reach a wider group of people. Of course, owning and using a VR headset is still expensive in the grand scheme of things, since you also need a good computer.

But Dell believes that enterprises and the mass market will be drawn to cool VR demos and other “mixed reality” features. The headset has two holes in it so you can see through if you want. And you can flip it up if you want to give your eyes a rest.

The headset’s white contours contrast with the black handheld controllers.The headband is easily adjustable for any size head. The headset has a resolution of 1,440 pixels by 1,440 pixels per eye, a sharp 2.89-inch LCD panel, and a refresh rate of 90Hz. The Fresnel lenses deliver a field of view of 110 degrees and a 360-degree panoramic view. The headset has six-degrees-of-freedom inside-out tracking, which means the sensors are on the headset, not elsewhere in your room. 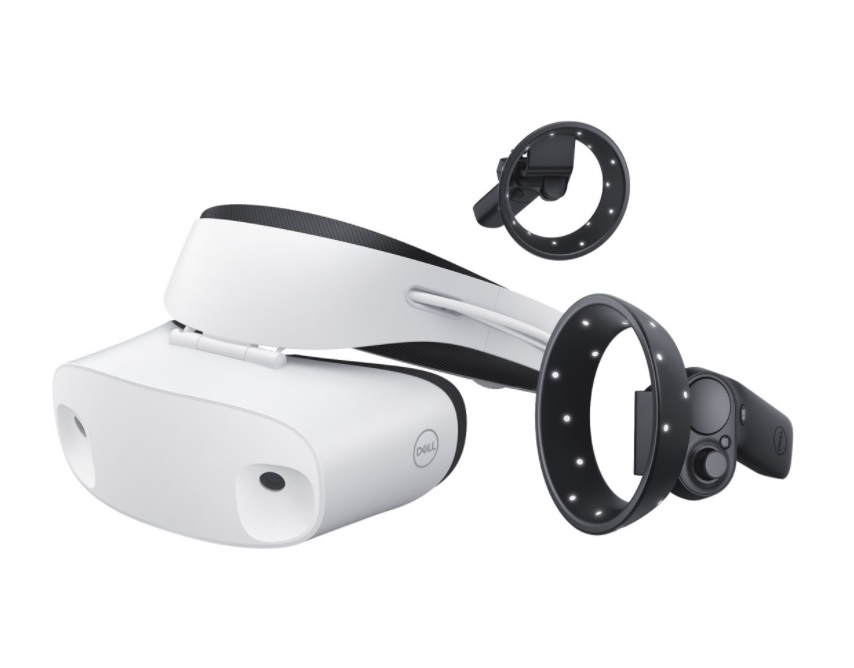 Above: The Dell Visor has a white headset and black touch controls.

That’s the same sort of tech that Microsoft used for its HoloLens AR headset. The Dell Visor is compatible with a number of PCs, including Inspiron 15 7000 Gaming laptops and Inspiron Gaming Desktops.

If you are planning to pair your Dell Visor with an existing PC, Dell recommends a laptop or desktop that meets the Mixed Reality Ultra PC specifications. Check the Microsoft blog for more details.