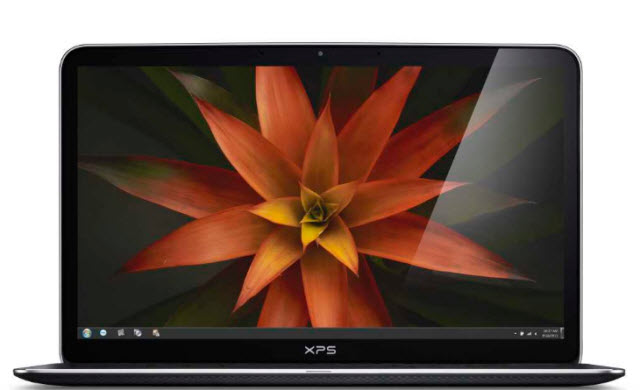 Dell is diving into the Ultrabook business today with the unveiling of its Dell XPS 13 laptop, a thin and high-performance laptop that should turn heads.

If last year was the year of tablets, this year could be the year of the Ultrabook. The Consumer Electronics Show this week will show off scores of them. “Ultrabook” is an Intel-branded moniker for high-performance razor-thin laptops that resemble Apple’s MacBook Air. The new Dell Ultrabook is aimed at raising the enthusiasm that consumers have for the Dell brand in terms of great design and coolness.

While Intel first described the Ultrabook specification in the middle of last year, Dell began working on the new laptop about two years ago. During that time, the company did some soul searching, cutting back on the number of its computer brands from eight to four. It now has the Alienware name for gamers, Vostro for business users, Inspiron for mainstream consumers, and XPS for performance fans. The laptop has a distinctive look because it is made out of carbon fiber, which is stronger than the magnesium alloys used in other laptops but lighter than machined aluminum. 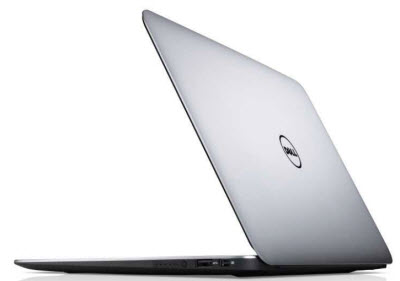 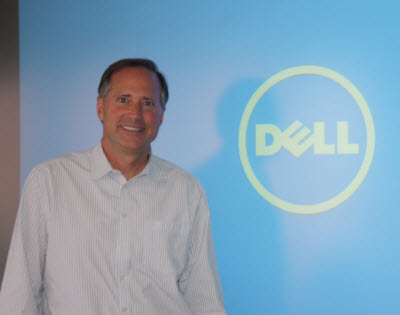 The new machine has a 13.3-inch screen, but its footprint is smaller than most 13-inch laptops because the glass goes straight to the edge of the laptop. Tim Peters, vice president at Dell’s consumer group, said the new machine emphasizes five features: small form factor, performance without compromise, usability, aesthetics, and cool temperature performance.

“It’s a thoughtful design that doesn’t compromise,” Peters said in an interview. “We think it’s a defining moment for Dell. We are trying to set the bar is this category. We are not reacting to the Ultrabook spec or copycatting someone else.”

Jeff Clarke, vice chairman and head of global operations at Dell, got up on stage at the keynote speech for Intel chief executive Paul Otellini at the Consumer Electronics Show. He showed off the features of the new Dell machine to a cheering crowd.

The machine has flash memory so it can boot within seconds, using Intel’s Rapid Start technology. It weighs 2.99 pounds and is 6 millimeters at its thinnest and 18 millimeters at its thickest. It has a full-size backlit keyboard and uses Intel’s Core i3, Core i5, or Core i7 processors with integrated Intel HD 3000 graphics. It also has a variety of security features that make it suitable for the enterprise. The display uses bonded Gorilla Glass for durability. 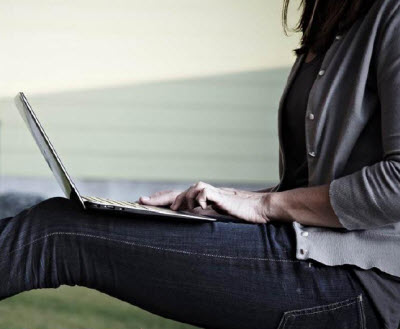 The carbon fiber base is soft to the touch, so the palm rest doesn’t feel like cold metal. On the bottom, it doesn’t have rubber feet, which typically fall off. Labels for various features are hidden inside a compartment in the bottom. The battery indicator is viewable from the outside. It has grills for cooling but no fan. The color is “warm steel.”

The glass track pad is ready for Windows 8, the upcoming operating system from Microsoft. It has a mini DisplayPort and Ethernet jack as well as high-quality audio that comes out of the keyboard. The battery life is longer than eight hours, and it has location awareness. It has a USB 3.0 port on one side and a USB 2.0 port on the other and 128 gigabytes of flash memory, upgradeable to 256 gigabytes.

Like other Ultrabooks, the machine is designed to be responsive, without forcing users to wait for boot-ups or other delays. The price will be under $1,000, and it will ship in February.