The Los Angeles-based company offers end-to-end production in entertainment, promotional, and enterprise applications, and now it will showcase several VR projects and services from the new VR division at the National Association of Broadcasters show in Las Vegas this week.

“The way audiences and enterprises can experience media is evolving, and we have evolved our approach to production and post so that clients can create whatever they envision,” said Deluxe CEO John Wallace, in a statement. “We’ve invested heavily in laying a strong technical foundation for our proprietary VR workflows and in building a dedicated VR team, with the ability to leverage the artistic and technical talent of Deluxe companies worldwide, to handle projects of any complexity and scale.”

Deluxe VR provides VR production and post-production services across all VR platforms, including creating real-time and pre-rendered computer-generated animations as well as 360-degree live-action video. In addition to the dedicated team, Deluxe VR will use more than 3,000 artists worldwide across Deluxe studios, including Company 3, Method Studios, StereoD, Rushes, and Iloura.

At NAB, Deluxe VR will debut two new VR experiences, including an interactive product demo that introduces participants to all aspects of a F14 fighter jet, and  “Reco” an interactive story of some curious robot aliens that pulls the viewer into their world. Deluxe Entertainment Services has 7,000 employees, and it has been working with filmmakers since 1915. 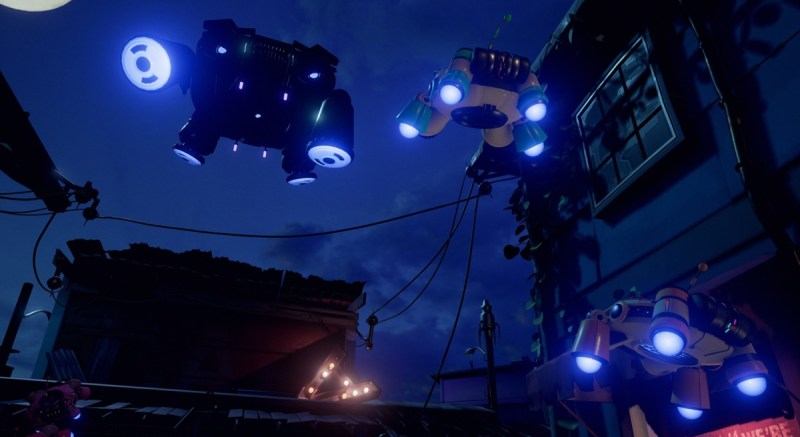 Above: Deluxe VR has created Reco, a VR experience.